I think most new Age of Sigmar players will agree with this: Figuring out exactly what Warscroll Battalions are, where to find them and use them can be a huge pain. In this article, I have gathered everything you need to know about warscroll battalions.

Last updated: this article was updated with the release of Age of Sigmar 2.0. The latest update is the addition of the Battletome: Beasts of Chaos.

Table of Contents show
1 Notice about Age of Sigmar 2.0 edition:
2 Example of a Warscroll Battalion: Kunnin’ Rukk
3 What are the benefits of Battalions?
4 What is required to take a Warscrsoll Battalion?
5 Other rules regarding Battalions:
6 Are battalions mandatory to be competitive?
7 Where can I find the Battalions of the different armies?

Notice about Age of Sigmar 2.0 edition:

Be aware that because of the upcoming new edition of Age of Sigmar, everything could be subject to change. I will update this article as soon as the new edition is out and I get a chance to digest it. 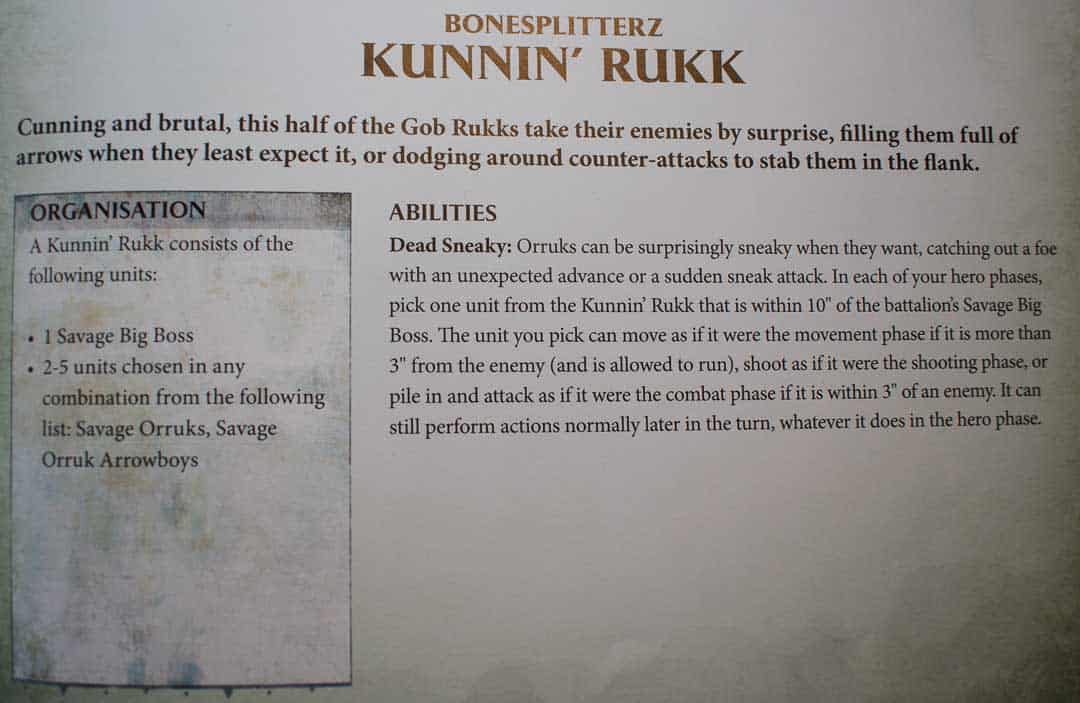 Above we see a Warscroll Battalion found in the Bonesplitterz battletome. 1. With big fonts on the top we have the awesome title. Who would not like to be a Kunnin’ Rukk Orruk?! This also indicates that this is a battalion within the Bonesplitterz faction. 2. On the left, we have the required units that can be organised in the battalion. You need:

The unit can do this for free and it can still do that action again later. Double the shooting or double the melee attacks sounds incredible, right?

What are the benefits of Battalions?

What is required to take a Warscrsoll Battalion?

Other rules regarding Battalions

Are battalions mandatory to be competitive?

The short answer is: no. The long answer is: some battalions are really good and are used a lot. A lot of the battalions went up in price with GHB17 and only a few were used competitively. A few have gone up in points and a few have gone down in points in the Generals Handbook 2018. It remains to be seen how many are good. That said most battalions will give you a nice flavourful buff and are an easy way to build an army. Also, they are a way to compound an advantage and make some pretty insane combos. There is no doubt that factions without powerful battalions are at a bit of a disadvantage. Also, going first is a major advantage and being able to make your army a one or two drop army is really good. My suggestion? Try out a battalion you have never seen used before. It will make you look like a cool hipster-player and who knows, you might break the meta! Oh and if you are starting a new army, that is never a bad idea to look at battalions that fit the models you would like anyway.

Where can I find the Battalions of the different armies?

Here I used to have a loooong list of where the different warscroll battalions where. But it simply got way too unwieldy to manage. Bottom line: get the newest edition of your battletome and you should get the battalions you need. Other than that, White dwarf and various supplements are where you will find battalions you can use. 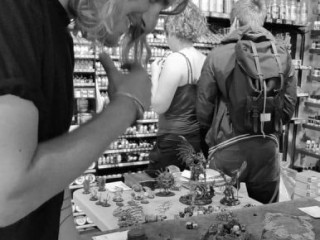 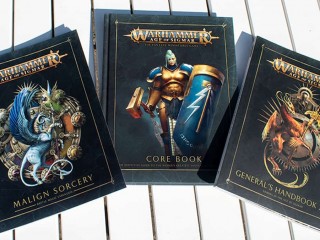 What exactly changed in Age of Sigmar's second edition?
Read Next Post →
Comments are closed.