So it has been quite a while since the release of AoS 2.0 and the Malign Sorcery Endless spells.

So I wanted to see Endless Spells Reviewed. This is my attempt at it.

In this article, I will go through each Endless Spell from the Malign Sorcery box and analyse their usefulness from a competitive perspective.

Is it really true that only a few have a place in high level matched play?

If you are in doubt how the Endless Spells work or what they are, you can read my writeup on it

You check out points changes in our article here

tier is for those endless spells that are just bad.

This can be because their damage output is pitiful, their points cost is too high or that they just do not do enough to be considered in competitive play.

Ohh sweetGnashing Jaws. Your model is so cool, but your damage output is just the lamest thing in the realms.

The only upside I can see is that the model can block movement (and maybe even), but for 40 points this is not really gonna see any play in a competitive environment.

Really hoping for a rules change for this dude in the future, but for now he is in the very low tier.

If you want to know a more about the lore of the different realms in Age of Sigmar, I have en article covering that here.

The model is cool and the damage can be good. But all discussion stops there because 100 pointsjust too damn crazy.

If big monstrous infantry suddenly became the hot meta breaker (Ogors Battletome!) this might see some play, but until then the sun does not really shine that bright.

I wonder if this could be good if 60 man big units suddenly start being pretty standard (Gloomspite Gits and Skaven).

Then again, how many models are you actually killing a turn for 100 points? Is 10 rats a turn good enough? And what happens when your enemy is suddenly moving this into your own troops?

It should also be said that one of the biggest downsides to the sun is how downright dreadful it is the assemble this miniature.

This is a really big model that you have set up within 4″. It deals the same pitiful damage as Ravenaks.

Hard to move over units to do any damage, and does not damage within 1″. On top of this, it is 60 points?

There is a reason you have not seen this on the tabletop.

It is pretty clunky and quite bad. Low tier it is.

First things first: you do not pick this to do damage to your opponent models, you pick it for the buff on your own units.

Rerolls are powerful and in this case, you get to reroll 1’s to hit in the combat phase and shooting phase. Not bad stuff!

The damage from it is pretty annoying and your opponent has the chance to pile in so they get the reroll hit buffs also.

At 40 points it is a bit on the expensive side, and the rules for the spell is just weird.

I think this is actually okay in armies that do not have any options to buff their melee units – but those armies are just not the competitive anyway.

Also, the wholly within 9″ can be a pain to manage when you pile in.

All in all, not a bad option, just not a very good option for the armies that are already good. It is just on the border of being.

Want your own Endless Spells?

tier is for endless spells that are prettybut are beaten out by the competition, their points cost or other factors that make them just shy of being great.

These are also spells that could be good in local, where the armies you play against can vary wildly and curveballs can wreck your opponents.

A lot of people thought this would be hot garbage, and it is not seeing that much play on a high level. But, the Pendulum is actually not bad.

The reason it is not seeing as much play is probably that armies are very limited in how many endless spells it can efficiently use, and compared to other options the damage output is not good enough.

There are 4 things that make the pendulum great:

1. It can only move in one direction, making it very unlikely that it will come back on your own units.

2. It deals mortal wounds to units it passed over but also units within 1″ where it ends.

Because the spell cannot moveif you park this 1″ in front of an enemy unit you are getting the damage that, but you are also guaranteed to get the damage again next turn.

3. It can be used as a fire and forget. You just fling it off towards the enemy line, and at some point, they either need to dispell it or it is going to do some damage.

4. 40 points is a common sum to have left over. If you are light on mortal wound output, it is not a bad option.

On the flip side, d6 mortal woundsnot that high and all in all your points might be spent better elsewhere (units, other spells and so on).

The Palisade is cheap and has a load of utility. It is actually surprising to not see this more in big tournament lists, but there are a few facts that keep this from being the bomb.

The plus side of the Palisade:

So if the palisade has that much upside, why do we not see it more?

So for the 20 points you can place a model 18 away that will try and unbind all spell attempts within 12″ – and you still get to try and unbind the spells as normal.

If the opponent just dispells this spell, it has already done some damage (removed a spell on their side), and at cast value 7 it is no way a guaranteed that they get rid of it. They can of course just move their wizards away from it (or move the spell away) but you are guaranteed at least one turn where it disrupts part of their hero phase.

I think this spell is underutilised in competitive play and can be very good in armies that are not very magic heavy and just wants something for their wizard to do.

My suggestion is to try to it out, as it can seriously catch your opponent off guard. The damage potential is just a tiny bonus, and the miniature is also pretty menacing.

The portals went from being extremely broken to not really seeing much play anymore, all by limiting its effect to once pr. phase.

What you need to ask yourself is this: how much is it worth to extend the range of one of your spells?

Is it worth 60 points and the casting of one endless spell? The answer is usually no, and this why you are not really seeing this on the board.

Now it can be okay for some weird mortal wound spam armies.

You also have the potential of sending some big endless spell through it and dispelling the portals afterwards (to make sure your damage spell does not come back), but in reality, the endless spell just does not do enough damage.

In the end, this is too expensive and situational to see a heavy amount of competitive play.

This was predicted as kind of a weak spell, but the damage potential is actually okay.

Couple this with a fairly long range since you only need to to be within 6″ of a unit to make it hit and this is suddenly not bad.

The bonus against Chaos unit is actually okay, seeing as those armies are quite popular.

If you have 20 points leftover, this is an okay pick for some mortal wound output.

Want your own Endless Spells? Get them today

tier is for endless spells that are just good.

They need to be pricedand do enough that they warrant inclusion in armies and that you want to use a spell cast on them.

These bad boy actually sees a moderate amount of play, and you can see why.

Movement is key in any Age of Sigmar and this has the potential to really screw over your opponent’s movement plants.

Reasons why this good:

Sadly, the 5 to cast is actually a downside because of how easy this is to dispell for your opponent and this might be one of the key factors why this is not seeing play in more armies.

Even after the nerf, this endless spell is just so damn good (before the nerf booth models could hit the same unit).

One of the downsides is that your enemy can actually dispell it by moving the two models away from each other.

But all in all, there is a good reason why you see thea lot. It is amazing!

Despite the high price tag, this is seeing a modest amount of play.

Be careful to note that the movement and charge buff will also go to your opponent.

I have seen a few games where casting this spell actually ended up helping the opponent more than the casting player.

Overall, this is just a solid buff spell.

Want your own Endless Spells? Get them here

Endless Spells: get them!

The vortex was released a long time before the Malign Sorcery, so is not really a part of the expansion.

This is why I decided to not include it here. The spell is okay for magic heavy armies because casting more spells is always good.

Is the Malign Sorcery spells crucial in order to play competitively?

That said, we do not see any of the spells included over and over again in all armies. What that says to me is that they can be good, but none are so broken that they are mandatory.

On the other hand, I feel like the overall expansion is amazing value and I got so much joy from painting the spells (because it is something different from my normal paint scheme).

The artefacts from the book is that little extra thing that makes this a very smart purchase for almost any kind of player.

My suggestion is to just buy it, at least if you are done collecting models for your army (if you found this article useful you can buy the product via the link here and it will). 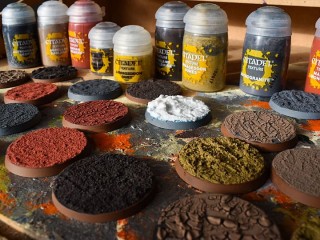 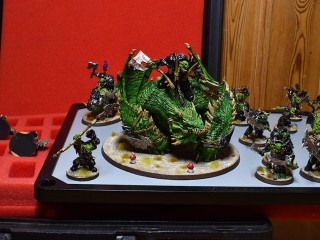