What is Forbidden Power?

Forbidden Power is the newest supplement for Age of Sigmar, continuing the Soul Wars storyline.

Besides some more story, endless spells and a terrain feature we also get new rules for the game (matched play and narrative stuff).

In this article, I will go through the rules trying to dispell all the confusion regarding new Allegiances, Mercenaries, the Campaign, The Penumbral Engine and everything else the Forbidden Power has to offer in terms of new stuff.

While I go into a lot of details, you will need to buy the book to use the rules.

This rundown is only to make sure you know whether or not this is a good purchase for you and your gaming group.

A note on the artwork

In this article, I have used some of the amazing artwork from the Forbidden Power book. I have done this to convey the right aesthetic and feel of the expansion. All rights for the images are reserved by Games Workshop and the very talented artists that have made them (and I hope they will not get pissed by me displaying the artwork here).

In the Soul Wars: Forbidden Power box you will get the following stuff:

In this article, I will only focus on the new rules covered in the book. 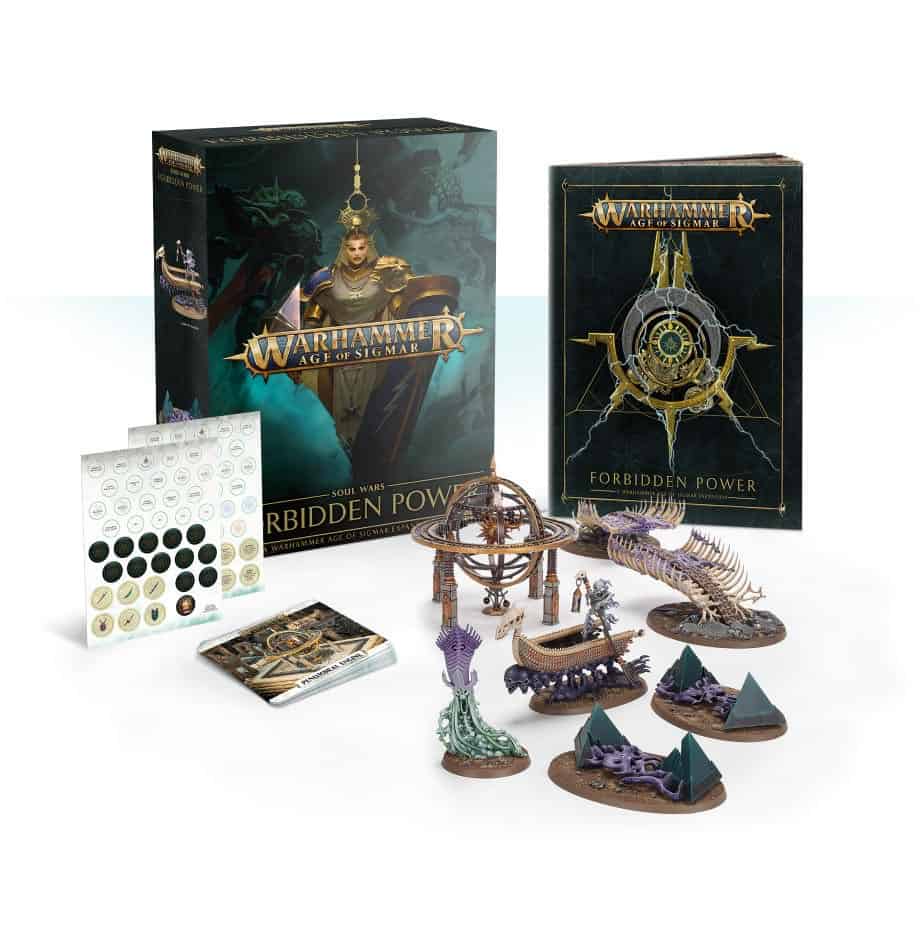 Is the New Rules In Forbidden Power part of Matched Play?

A bit surprising, but yes! People that went to Warhammer Fest (where Forbidden Power was revealed fully) say that GW confirmed that the different extra rules were meant to be part of the matched play system.

To back this up, the Endless Spells and the new terrain feature has pitched battle profiles at the end of the book and we know that more Mercenary Companies are coming in the next Generals Handbook.

This continues GW’s trend from Malign Sorcery, making it a good bet that whatever they cook up in the upcoming instalments, they actually have Matched Play in mind as well as open and narrative.

Remember: you can still elect to play without mercs or whatever you don’t like, but they are officially part of Matched Play.

Unsure of what Matched Play is? My article here will get you up to speed if you are new to the game.

We get some rules covering fighting in a specific sub-section of the Realm of Death, Stygxx.

The realm is primarily designed to be used in the campaign found in the book, but you can use it any games you like.

Stygxx follows the normal rules for fighting in a realm.

All in all some pretty cool realm things and quite powerful.

Playing in Stygxx is certainly not going to be boring.

Something new introduced in Forbidden Power is two new Allegiances, one for Order and one for Death.

You can select to have the “Lethisian Allegiance” instead of a normal Allegiance (say Stormcast Eternals or Order Allegiance).

If you do so units in your army gain the “Lethisian Defender” keyword and you gain access to the Lethisian Allegiance abilities.

You can only have units with the following keywords if you want to pick this allegiance:

In addition to those restrictions the army cannot include any units with the following keywords:

So that basically boils down to no named heroes, but any mix of Stormcast, Sea-elves, Flying-Dwarfs, Burning-Dwarfs and the weird priest guy. That is pretty cool!

If you are in doubt regarding how Allegiance Abilities work in general (army special rules) you can read my guide on it here.

So what do you get if you pick this allegiance instead of being mixed order?

The Battle Traits (army wide buffs) for the Lethisian Army:

3 Command Traits (you can pick 1 trait for your General):

3 Prayers (priest only, kind of like spells but cannot be unbound)

Overall Verdict on the Lethisian Allegiance:

What are the Rules For the Legion of Grief (New Death Allegiance)?

You can only have units with the following keywords in the army:

In addition, if you want to take any Mortarchs, you must also include Lady Olynder and she must be the general.

So what do you get if you pick this allegiance instead of being mixed Death?

The Battle Traits (army wide buffs) for the Legion of Grief:

3 Command Traits (you can pick 1 trait for your General):

Overall Verdict on the Legion of Grief Allegiance:

Get your own copy of Forbidden Power

How do the new rules for Mercenaries Work?

The Mercenary system is a new mechanic, that continues on the building block of the Ally System (if you are in doubt on how allies work, you can read my article on it here).

While not totally Dogs of War (my favourite thing in Oldhammer), we got something a bit similar.

In Forbidden Power, two different “Mercenary Companies” is available for hire (with more companies confirmed to come in the next Generals Handbook).

The General Rules for Mercenaries are as follows:

What Mercenary Companies are in Forbidden Power and What Special Rules do They Get?

In the Forbidden Power book, you get two different Mercenary Companies.

The Greyfyrd Lodge (Fyreslayers) and the Tenebrous Court (Flesh-Eater Courts).

How does the Rules Work for the Endless Spells in Forbidden Power?

The general rules for the endless work exactly the same as normal endless spells.

It does not require any specific faction or keywords to cast them, so they are open to all armies that have a wizard. If you are in doubt how the general rules for endless spells work, I have written a bit on the subject here.

You get a printed version of the warscrolls in the box, but you can also find them in the AoS App as well as on GW’s website with the product (just like normal warscrolls).

Are there any Artefacts in Forbidden Power?

Yes and no. The artefacts, unlike the artefacts in the Malign Sorcery expansion, are restricted to be used in the Campaign found in Forbidden Power.

You could decide to use them in your narrative or open games, but for matched play purposes they do not exist.

The Artefacts in this expansion grows in power the further you get in the campaign. It is pretty cool!

How does the Campaign in Forbidden Power work?

In Forbidden Power you get the rules for running the campaign “Stormvault”. The campaign is based upon the lore and narrative in the book. Sigmar’s secret Stormvaults are no longer hidden after the Necroquake.

The Stormvaults contain powerful weapons, so every General and his mom is finding the next available realm portal to get their hands on some shinies (while Sigmar is scrambling to defend them).

The rules for the Stormvault campaign are quite extensive, but here is what you need to know before you decide to buy it:

Get your own copy of Forbidden Power

Can any Faction take the new Terrain Piece Penumbral Engine and what does it do?

Yes, an army with any allegiance can take it. If you want to take it in matched it will cost you 100 points AND these will be deducted from the points you can take allies with.

Now 100 points are quite a lot of points but the effect can be really good. The biggest downside is the randomness of the engine.

You plop down the engine in your territory, 12″ from enemy territory and at least 1″ away from other terrain features.

At the start of the first battle round roll a d6 and consult the chart.

All Penumbral Engines on the battlefield gain the same effect. At the start of each subsequent battle round, you roll a d6. On 1-4 the effect stays the same. If you roll 5-6 you will need to roll on the chart again for a new effect.

Effects of the Penumbral Engine:

Command points are okay, but you might as well buy 2 for 100 points and call it a day. The real power is in the Mystic Shield save bubble , but will it be worth the points when it is random? 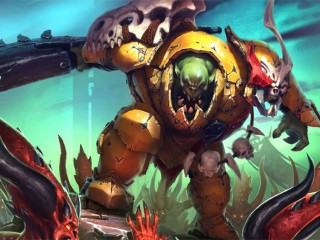 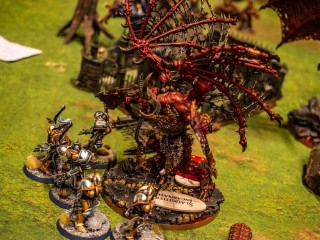 The Ultimate Beginners Guide to Warhammer: Age of Sigmar 2020
Read Next Post →
Comments are closed.