Mawtribes Release – Rumours and Everything We Know So Far

The Mawtribes is release for the Destruction: Grand Alliance in Age of Sigmar.

The army merges the Beasclaw Raiders (mounted Ogors) and the Gutbusters (Ogors on foot). This means the Beastclaw Raiders battletome is outdated.

When will the Mawtribe release?

As rumoured, the Mawtribe will share an intro box with the Ossiarch Bonereapers. It will include:

What new miniatures will be in the Mawtribes release?

So far we know about the following miniatures being released:

It looks like no other miniatures, at least right now, will be released for the Mawtribes. But luckily no Ogor miniatures got squatted, so you have all of the Beastclaw Raiders and Gutbuster miniatures to pick from.

It also looks like the new Ogor Tyrant will only be available from the box set for quite a while (at least if it will take as long as it did with the other box-set hero exclusives…).

So yeah, that means no Endless Spells. A bit of a bummer. Buy hey, at least you got some terrain (looking at you, Orruk Warclans).

+ to cast is epic and the Mawpot will give you just that! +1 on Ogor Wizards within 1 of the pot.

In addition, the Mawpot has a one-use army-wide heal. Could be pretty good in the right situation. You can only use it once, unless you manage to kill a model close to the pot. If you do that, you can use the ability again.

What other items will be released for the Mawtribes?

Rules and changes from the old armies to the new

A lot of the new battletomes gives you the option of selecting a “sub-faction”. In the Ogors case, you can select on of several Ogor Tribes. All Ogor units in your army gain the tribe’s specific keyword and you gain access to all of extra allegiance ability stuff (traits, command traits, artefacts and so on).

Coverage and Reviews of the Mawtribes

The reviews are coming in hot!

Ogors are better, but does not look to be the new meta “hotness”. They look to be in the tier of armies that are okay, but probably no builds that are game-breaking.

Articles from the Warhammer Community 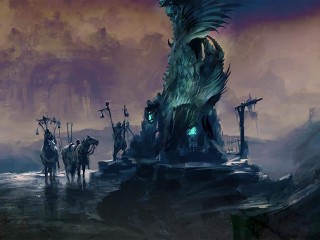 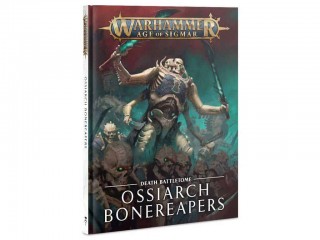 Ossiarch Bonereapers Release -Everything we Know so far
Read Next Post →
Comments are closed.