The Phoenicium is the home city of the proud Phoenix Temple – remnants of a lost Aelven empire who now live in the amber mists drifting through the streets of a Free City built where that empire once stood. It is the holy city of the Ur-Phoenix, the god of the Phoenix Temple, and is proudly defended by aelven warriors with halberds and ornate armor.

The aelves of the Phoenix Temple are trying to preserve their culture against what can often look like inevitable oblivion after the horrors of the Age of Chaos. In battle, they imitate their god, the Ur-Phoenix who rises from the ashes of its own death, by fighting even harder when their comrades fall, by withstanding enemy attacks, and by drawing healing from the golden mists of their home city.

If you want a warband that can take even the worst hits and still fight on, or if you like old-fashioned fantasy “high aelves”, the Phoenicium might be the right warband for you.

Abilities for the Phoenicium Warband

Like all other Cities of Sigmar Shieldbands warbands, The Phoenicium has access to four unique abilities, as well as six abilities shared with the rest of the Shieldbands:

Which Fighters are best for the Phoenicium Warband

For the Phoenicium, the narrative choice for your warband is very clear: The Phoenix Temple has two Leaders and one fighter type, and with a bit of proxying they can all be built from the same kit (see the main Cities of Sigmar Shieldbands article for details on how to build them). Phoenix Guard are good 2 inch Range melee fighters, and having a 2 inch melee range is good if you want your fighters in close formation – which is something you definitely want when you have an area heal ability like Golden Mist at your disposal (remember to bring a Leader with the Mystic runemark, like the Battlemage, for that!). The Anointed and Keeper of the Flame are powerful melee Leaders as well, and all of these models will look great together in a warband.

The problem from a gaming point of view is that the Phoenix Temple fighters lack any special runemarks, which means your fighters can’t do much else than what your special abilities let them do. They don’t have the Destroyer runemark to boost their damage with Pulverising Strike, and without any Priest or Mystic runemarks on your Leaders, so if you want to have tactical options in your battles, you have to branch out into the rest of the fighter list.

This shouldn’t be a problem, as the Phoenicium special abilities (apart from the Toughness boost of Blessing of the Ur-Phoenix which isn’t essential) are great for any fighter who will end up in close combat. That means that bringing anything with the Destroyer runemark, such as Hammerers, Executioners, Wildwood Rangers or Freeguild Greatswords are a good idea, as well as some expendable melee fighters (someone has to be taken down to trigger Vengeful Revenant) like Black Ark Corsairs with Vicious Blade and Wicked Cutlass or Freeguild Guards with Spear.

Tactics for the Phoenicium Warband

The Phoenicum warband excels at marching into melee range in close formation and staying there. If one of your fighters is taken down, that means a cheap bonus attack action for another friendly fighter on a Double, and you can heal groups of models with Golden Mist, provided you can keep a Leader with the Mystic keyword alive close to those fighters for long enough to use the ability.

Fighting in close formation becomes much easier with weapon profiles that have a Range of 2, so put your Phoenix Guard or cheaper Freeguild Guards with Spear in a battle group with a Battlemage or other Mystic Leader, get into combat and prepare to hit back when the enemy attacks you.

Saving up for a Quad for Witness to Destiny can make for a real hero moment for a melee Leader, as it gives you a bonus attack action followed by a very good defensive boost, that will likely mean you get to fight for another battle round.

Your main weakness is a lack of dedicated mobility or ranged abilities, but just remember that any fighter with the Scout keyword can boost their Attacks with the shared Triple ability Volley of Shots regardless of which city you play, so your Freeguild Crossbowmen are just as good in a Phoenicium warband as in most other Shieldbands warbands, and if you field a warband of mostly Phoenix Guard and their Leaders, at least they have a good Move statistic for an infantry fighter.

The Phoenicium isn’t one of the strongest warbands among the Shieldbands, since they lack abilities that boost Attacks or damage in an area, and their Leader Triple boosts Toughness for a warband that has access to plenty of good Toughness on its fighters, but they are certainly fun to play because of the cool comeback feel of some of their abilities.

This list is made mostly to suit the style of the Phoenicium in the best way possible, which also makes it a cheap warband to buy: You can build it from a box of Phoenix Guard and a box of Collegiate Arcane Mystic Battle Wizards. It’s not too bad game-wise, either, as the Range of the Phoenix Guard allow them to fight close to each other so many of them can benefit from Golden Mist at once.

Colors of the Phoenicium Warband

The colors of the Phoenicium are fiery gold and purple. The gold can be painted easily with a basecoat of Retributor Gold, a wash of Reikland Fleshshade and a drybrush of Runefang Steel or Stormhost Silver, while the any purple with a dark wash and a brighter purple highlight will look the part. If you like doing freehand painting, the Phoenicium also has some very elaborate heraldry for you to paint on shields or banners (if you use those for narrative reasons), which can be found in the Battletome: Cities of Sigmar for the Age of Sigmar tabletop game. 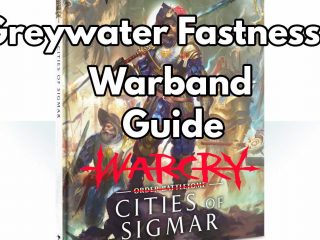 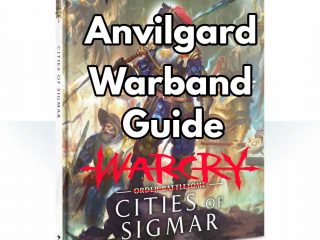