This is a review of the Start Collecting Idoneth Deepkin box: the first start collecting box for this army of Sea Aelves (came out in 2018). It is an excellent starting point with several good options.

Which models are included in the Start Collecting Idoneth Deepkin Box?

The Soulrender is one of the on-foot leader options available to the Idoneth Deepkins. This one in particular is specialized in restoring Namarti units in the battleshock phase, so twice per battle round.

However, in combat the model is not highly survivable so better keep him in the rear-guard.

The Namarti Thralls are the basic infantry for the Idoneth, with a good combat profile that can improve depending on the wound characteristic of the enemy model: +1 attack for a profile of one wound or +1 damage for a profile of 4 or more.

They are battlelines in any Idoneth army therefore really useful to fill the gaps.

The Akhelian Guard are the best and most used unit of the Idoneth.

There are 2 profiles: the Morsarr Guard for a truly devastating charge or the Ishlaen Guard for a more defensive profile.

To simply put it: you can’t have enough of these units, as they are just that good. If the general of your army is an Akhelian hero (Volturnos or another Akhelian King) they can be used as battleline.

Namarti and Soulrender synergise really well together, the one reinforcing the other, and the Akhelian Guard is a useful tool used at the right moment.

For extra damage, the Ishalen once per battle can discharge their weapons doing mortal wounds on a 3+ to any unit in range. Keep them in cover until battle round 3 (see the allegiance ability for the Idoneth deepkin) for a terrifying combat phase.

Get your own Deepkin box

So the Idoneth Deepkin Start Collecting box comes in at a total of 350 or 380 depending on how you assemble the eels.

The discount (retail price of 55£) is therefore only 29%, in line with most of the other start collecting boxes.

This box is extremely useful to start an Idoneth army as it provides a leader, a battleline option and an elite unit.

When thinking how many boxes to buy the choice really depends from the composition of the army: considering the Soulrender is a hero of which one is enough, a more balanced army can definitely benefit of more Thralls and more Akhelian Guards.

However, the price discount for those two only is minimal and you’ll end up having many Soulrender.

Which Akhelian Guard option to assemble depends on the type of army that you want to create, but usually a combination of both is required for maximum efficiency, while Namarti still provides numbers when taking over objectives making this box a good starting point for any Idoneth army.

This is definitely one of those boxes where it is possible to buy multiple to get your army up to 2k points. 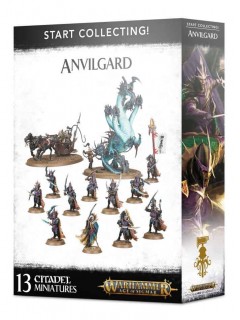 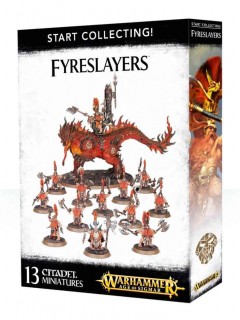 Next
Review of Start Collecting Fyreslayers box for
Comments are closed.