Are you confused about Vampirates and new Destruction armies made of wolf-riding hobgoblins? You heard people swearing Idoneth Deepkin are getting Endless Spells soon but haven’t seen any?

Consult this page to see lowdown on confirmed Age of Sigmar releases. We will keep this page up to date so that you can use it as your single point of reference on what yet has to come.

If you are interested to know what has already been released in 2021, you can consult this page.

We hope you enjoy this list of Age of Sigmar upcoming releases!

The new version of Age of Sigmar is upon us and the future looks exciting.

The first two new battletomes of Age of Sigmar 3.0 will drop in August representing the armies from the Dominion launch box: Orruk Warclans (all Orruks together including the Kruleboyz) and the Stormcast Eternals.

The next battletome should drop in October and should be Chaos based.

The Knight-Vindicator is a masterful archer.

As if Yndrasta was not enough, Lord-Commander Bastian Carthalos, leader of the Hammers of Sigmar himself is dropping on the field to rally his troops and led them against the overcoming forces surrounding them.

A priest of Sigmar.

A new battleline specialised in sword-wielding to complement the Vindictors.

A new ranged unit to bolster the ranks of Judicators and Vanguard-Raptors.

Annihilators with hammer and shield were already present in the Dominion boxset. The new individual box contains more options including a two-handed Meteoric Grandhammer.

The Orruk Kruleboyz are a sub-faction of the Orruk Warclans that can be played on their own or as part of a Big Waaagh!

This huge crossbow is perfect for killing monsters and infantry alike.

Those Breaka-bosses lucky enough to encounter a Mirebrute Troggoth and not only survive but even “tame” them, use them as a mount. Please note the cushion to protect the Troggoth from the pole holding the boss’ seat.

A new named character for the Orruks and it seems quite the power-house lore wise. It can also be assembled alternatively as a Snatchaboss on Sludgeraker Beast.

This huge beast seems to combine the cunningness of these Orruks with the regenerative powers of the Troggoth.

These two sets from the Dominion box sets will receive a separate release with expanded options.

The Gutrippaz will get an alternative weapon profile (slittas instead of spears for closer range damage) plus the full command set (bannerman and musician).

The Boltboys will get the option for a Boss, allowing the unit to issue their own commands with the use of a Champion.

Arena Mortis returns back with a new edition, new rules and hazards and the ability to make Duinclaw, the crab from the Idoneth warband, a killing machine!

Unfortunately no confirmed releases for Warcry yet.

Other GW Board Games Coming up for Release

Bladeborn was announced in February 2021 as a game pitting two previous Slaves to Darkness warbands for Warhammer Underworlds: Godsworn Hunt and Khagra’s Ravagers facing each other to earn Archaon’s favour.
We don’t know when it will release and to which markets. 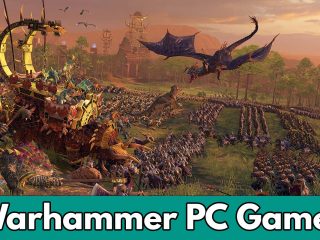 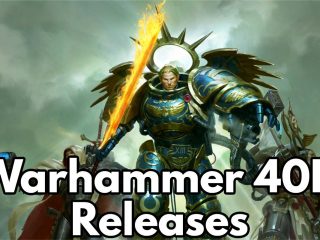