“Flesh-Eater Courts” is the name of one of the three Death warbands available for Warcry in form of cards.

If you already have a Flesh-Eater army (FEC in short), you already have enough miniatures to play Warcry: all you need is to buy the card expansion and join someone with a board, the rules and some scenery.

This warband is characterized by tough models, expensive in point cost but with decently high damage output, accompanied by a vast horde of really cheap infantry units.

While there are only 6 models available, there’s enough variety between flying elite units, strong cannibals, horde warband or just mixing all three.

Background and Lore of the Flesh-Eater Courts Warband

The Flesh-Eater Courts are gatherings of being who live in the illusion to be a knightly and noble order freeing the world from evil.

The truth is that they have been cursed to an undead life preying on their enemies to satisfy an insatiable hunger.

While most of them live in big congregations, some of them may gather in small groups acting as questing knights in search of powerful artifacts or to save damsels in distress.

It is about this latter group that we are going to discuss here.

This short introduction takes you through the fighters of the warband, their abilities, and a few tips on strategy and painting the models.

This is your top leader, the most expensive unit in the warband and a real killing machine. For 300 points you get 40 wounds, toughness 4 and 5 attacks at strength 4 for damage 2/5.

At the cost of a double you can raise his Strength to 5 and “skewer” your enemy (prevent him from moving if you score a critical). On a triple he can “scream” at all visible units within 8” for some bonus damage on a critical.

On top of that the Crypt Infernal can fly with a movement characteristic of 10. Probably your best options as a leader.

This model can be assembled from the Crypt Horrors kit as one of the leader variants.

The Crypt Flayer is your other flying option for this army.

With 30 wounds and 4 attacks at strength 4, they are not to be underestimated. Exactly as the leader above they can “skewer” an enemy for a double or “scream” and damage all opponents nearby.

It is a versatile model although quite expensive, but thanks to his high movement, he can be used to support the flanks, grab an objective, engage a powerful enemy, etc.

The Crypt Haunter is your second option as a leader who also comes from the Crypt Horror kit.

He has similar characteristics to the Crypt Infernal but loses flying and the Infernal useful abilities for a discount of 45 points.

As it is worded it cannot use the same ability as the Crypt Horrors so it can use only the basic abilities.

Still a valid combatant but maybe deserved a better discount.

The Crypt Horror is the non-leader version of the Crypt Haunter with really similar stats to the Crypt Flayer but without the flying and high mobility of the latter.

Despite this, with a double, and if within 6” of a leader, you can have 6 attacks per action at strength 4 for damage 2/4 that would probably chew most of your enemies and seriously damage the toughest.

30 wounds will ensure he will last a few rounds too.

Your last option for leader, he is an odd one: low toughness and 16 wounds make him really squishy.

He doesn’t have special abilities aside from being a leader and has slightly better attacks than a Ghoul.

If you only have ghouls and want to start playing with one single box of them, for 950 points you can have a Crypt Ghast lead 15 Crypt Ghouls.

Aside from the fun of covering your enemy with a wave of models, although with low survivability, this is probably a pass (from a competitive standpoint).

Your basic infantry: with toughness 3 and 8 wounds they will be hammered by most models.

However, his strength is in the numbers: for 55 points you can fill the gap in your roster after choosing your elites and deploy them strategically to give you superiority when counting for an objective or other situations where you need to delay an enemy from getting somewhere.

A few of them are essential in any list.

Abilities for the Flesh-Eater Courts Warband

Strategy and Tactics for the Flesh-Eater Courts Warband

The FEC is a warband extremely versatile.

They combine some resilient elite units with cheap dispensable models. What is missing is the middle range so you will need to position your characters carefully.

Movement will not be one of your problems between the flying units with movement 10 and the leader ability “Bringer of Death” that with a triple gives extra movement to all units within range of the leader.

When you need to punch hard, a Crypt Horror within range of a leader can use the “Chosen of the King” for a simple double transforming this unit into a veritable monster: 6 attacks per action at strength 4 with damage 4 on a critical.

Despite an average strength (5 for your top leaders, 4 for the elite and 3 for the ghouls) they compensate with a good number of attacks and decent value of damage allowing them to go through most enemies.

However, do not overestimate the high number of wounds: with toughness 4, they may be singled out by the strongest character of your enemy and dispatched relatively quickly.

Ensure you always have a weaker enemy nearby and heal your wounds using the ability “Feeding Frenzy” as soon as you get rid of the nuisance.

Your ghouls will mostly be used strategically to get numbers where needed (when counting for an objective for example) or to delay the strongest enemies of your opponent.

How furious would your opponent be if you blocked his Ogre Breacherfor 3 rounds by 3 ghouls?

In synthesis this is a good warband, with tools for every situation and few but really good options. The cost to build your warband could also be quite low as we will (see the last section).

Pros and Cons of the Flesh-Eater Courts

+ Have hard-hitting fighters and access to cheap disposable bodies

+ Is one of the easier/cheaper non-chaos warbands to build

– Not a lot of different model types

How to buy a Flesh-Eater Courts Warband 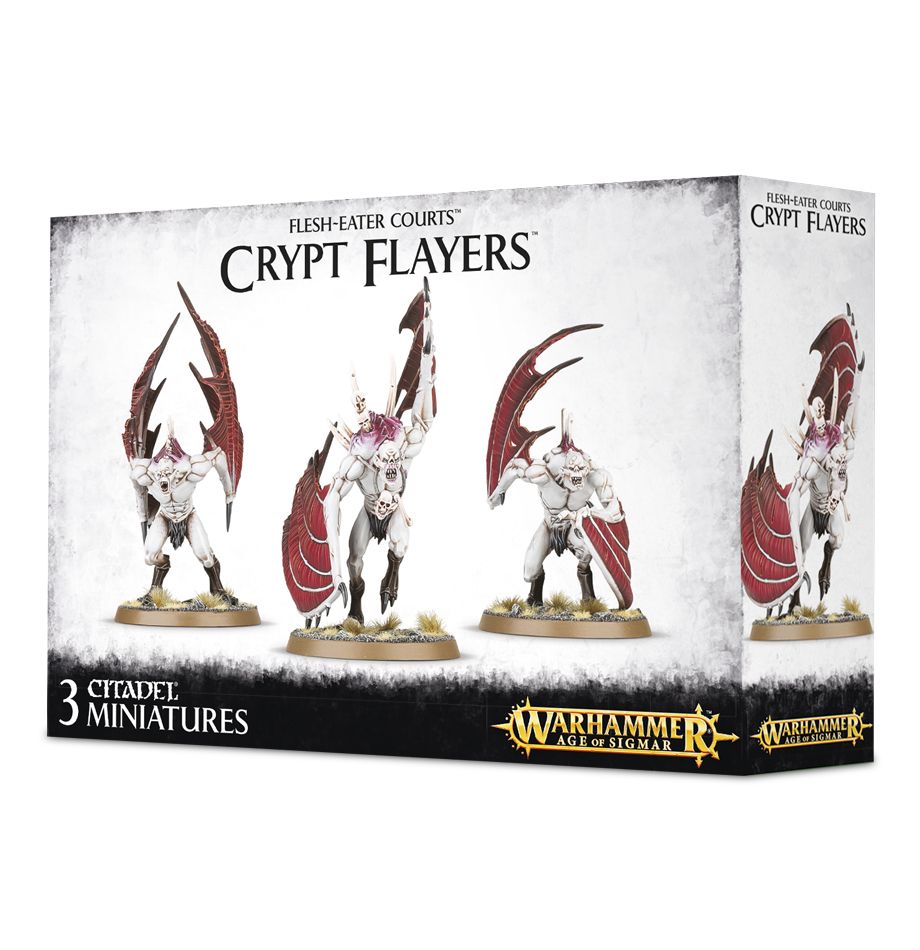 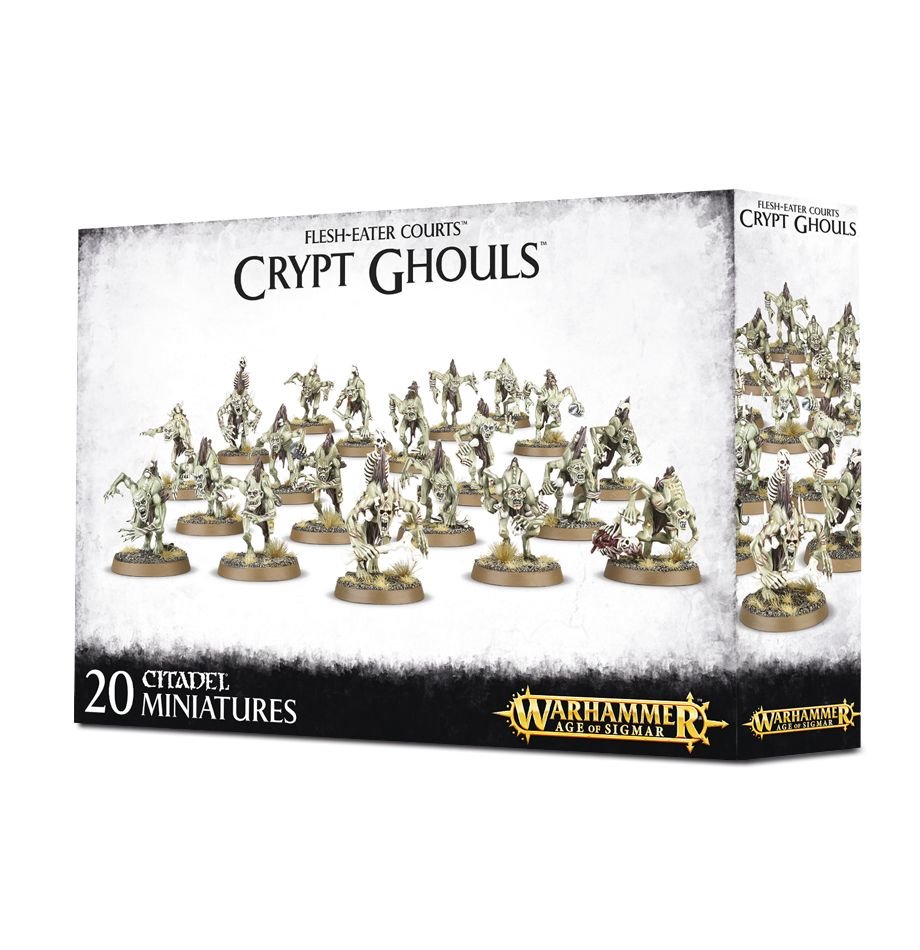 FEC are a really versatile warband whose most models can be found in 2 kits: the Crypt Flayers and the Crypt Ghouls.

Both boxes are available in the Flesh-Eater Courts Start Collecting box together with a big centrepiece.

The latter can be assembled as a Zombie Dragon or a Terrorgheist that, while it cannot be used in the warband directly, it is part of the new monsters that can be tamed in Warcrys first expansion.

The Start Collecting box presents 10 ghouls (instead of 20 as in the separate box) with an option for 1 Crypt Ghast Courtier (only the 32mm base differentiates it from the simple Ghast on a 25mm base) and 3 other miniatures.

Those can be assembled as 1 Crypt Infernal or Crypt Haunter and any 2 between Crypt Horrors and Crypt Flayers.

This would be enough to start the warband, but for extra punch you can buy another Crypt Flayer box to add punching power to your warband.

Tips on painting the Flesh-Eater Courts

The newest FEC battletome introduced new ideas on painting the FEC using alternative schemes to the “undead pale” one.

The Blisterskin Grand Court from Aqshy, for example, uses red tones over a bright orange.

There are few tutorials on how to paint them in both the battletome and the Warhammer TV channel. This could inspire you to use new colour schemes from other realms.

For a more classic painting guide, the FEC really benefit from contrast paints and some extra layers of highlights using the flesh tones.

Start with Grey Seer and build up from there with Guilliman Flesh for the flesh and Skeleton Horde for the bones. Highlight then with Kislev Flesh and Ushabti Bone. 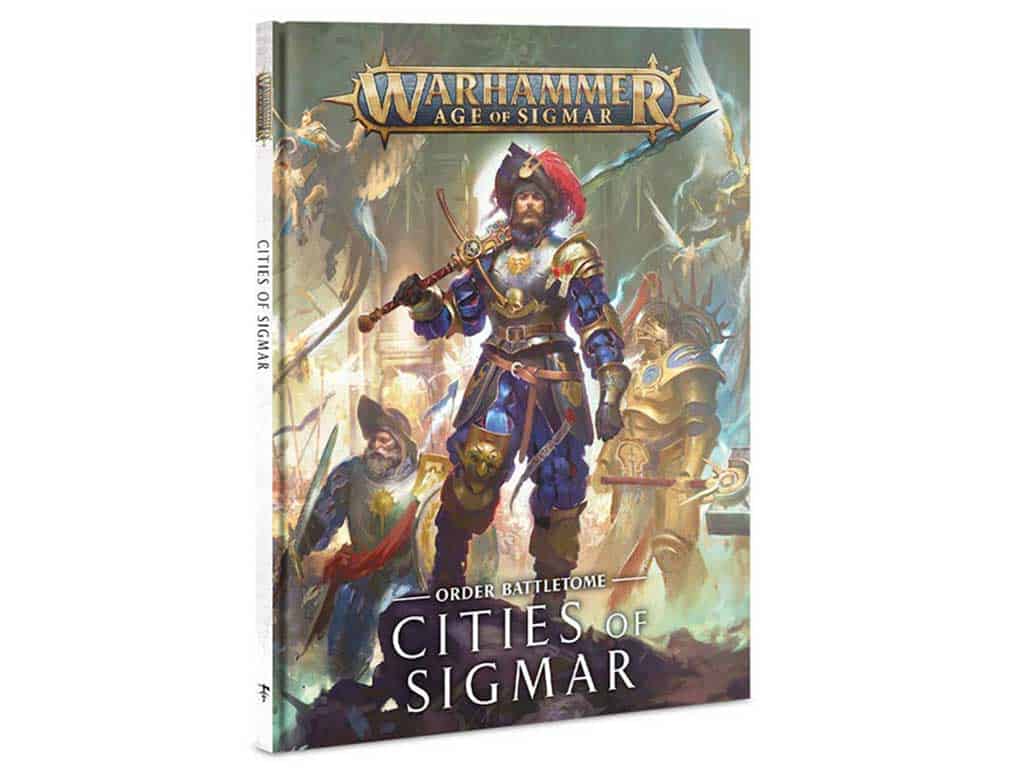 Previous
Cities of Sigmar: Everything We Know + Rumours and Speculation 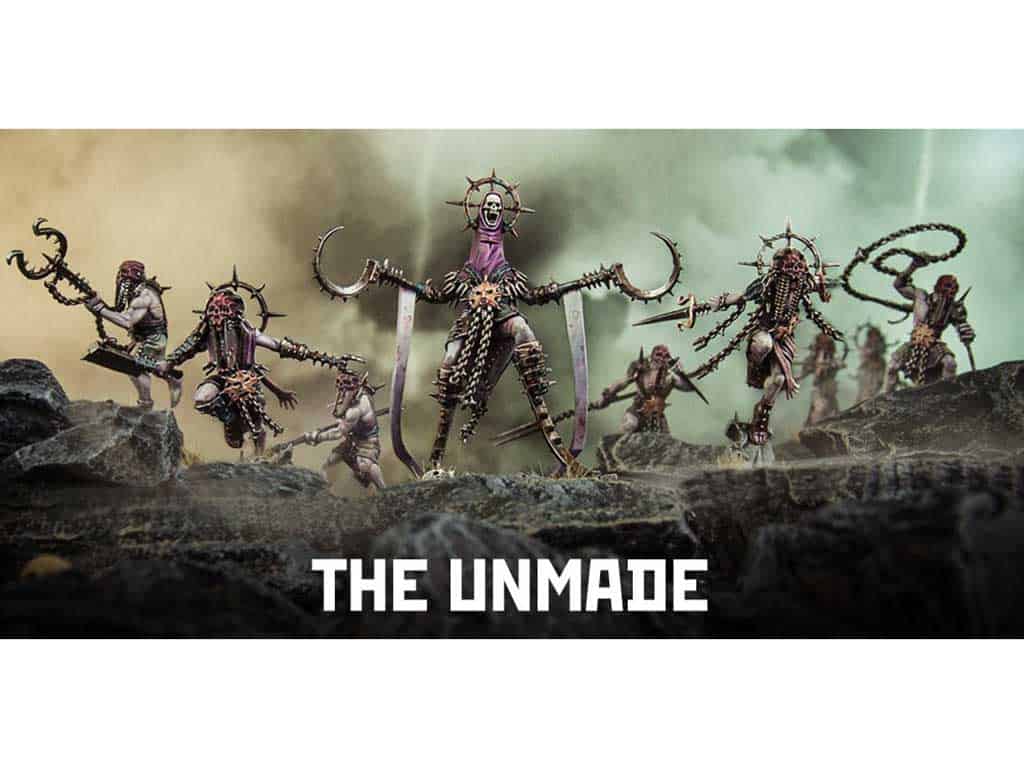 Next
The Unmade Warcry Warband – Guide, Tactics and Overview
Comments are closed.

Want to win £140 of free Warhammer? Check out my giveaway on Youtube!