Ossiarch Bonereapers Release -Everything we Know so far

What is the Ossiarch Bonereapers?

The Ossiarch Bonereapers is the next release for the Death: Grand Alliance in Age of Sigmar. It will be an army comprised of all new models and are based around heavy “skeleton” infantry, cavalry and war machines. They also have quite a lot of different heroes and big models in the army.

No more updates on this article

The release is out on the book is in peoples hands. I have updated the article with everything previewed. If you want to know more, you should check out the list of videos in the bottom where people at the book in-depth.

When did the Ossiarch Bonereapers release?

The first half of the Ossiarch Bonereapers was up for preorder  Saturday 26 October 2019 with release Saturday 2 November 2019.

The following things were up for preorder Saturday 26 October for the Ossiarch Bonereapers with release the 2 November:

The following things were up for preorder Saturday 2 November for the Ossiarch Bonereapers with release the 9 November:

Several models are part of the army, but their models have already been released at an earlier stage:

As rumoured, the Bonereapers will share an intro box with the release of the Mawtribes. It will include:

Getting your hands on this set will be extremely difficult.

These types of box sets sell out very quickly and once sold out they are not coming back. Get it while you can!

Also, it looks like the Bonereapers Endless Spells costs 0 points!

This is what we know of the 3 Endless Spells so far:

Each turn the Bonereaper Terrain, called the Bone-Tithe Nexus, will let you pick between 4 different abilities. We have seen 2 so far:

What is the lore and aesthetic behind the Ossiarch Reapers release?

What miniatures will be in the Ossiarch Reapers release?

So far we know about the following miniatures being released:

Warscrolls for the Ossiarch Bonereapers

If you want to have a look at the warscrolls for each unit, you should check out the AoS app where they are all up.

Rules and Allegiance Abilities of the Ossiarch Bonereapers

Instead of generating command points, the bonereapers produce a resource called relentless discipline.

This is used on command abilities, but you will produce a lot more of these points than normal command points.

The champions in each unit seem to be able to use these command abilities, so you are not relying on your heroes to be in range to use those powers.

At the end of your turn, you will lose all of your relentless discipline points (so you cannot build up a big stockpile).

Like a lot of newer battletomes, the Bonereapers also have the ability to select a “sub-faction”. It works like picking a Warclan in the Orruk Warclans or a skyport for the Kharadron.

The Subfaction will give all your Bonereapers the sub-faction keyword and you will gain access to new allegiance ability stuff (artefacts, command traits, traits and so on).

Note: the abilities below are only the ones previewed in the community article, so not all of them!

Coverage and Reviews of the Ossiarch Bonereapers

The reviews are coming in and people are pretty hot on the bone-bois.

Off the bat the damage output on the warscrolls, compared to their point cost, seems quite weak. But it looks like the buffs are very strong and different synergies can make the army really good.

GMG gaming are of course quick to get their review out.

As per usual, their “reviews” are just a dude reading aloud what it says in the book. It is good if you want to get the spoiler and every possible detail about the rules before buying.

In my local club the channel goes by “man who reads book aloud”.

If you can stand the banter, the Honest Wargamer is by far the best content regarding competitive AoS. Their review of the book was quite good.

The offical podcast with the talk about the bone daddies

Community Articles about the Bonereapers

If you are interested in reading more about the Bonereapers (or where I have pulled all this information from) you should read the Warhammer Community Articles yourself:

Previous
Mawtribes Release – Rumours and Everything We Know So Far 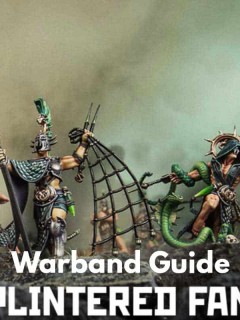