This is a review of the Start Collecting Beastclaw Raiders: the perfect and essential starting point for this elite ogor army.

Spoiler alert: you will need to buy at least 2 of these boxes as all major leaders can be assembled from this kit and it contains a battleline option if the general is a Beastclaw Raider.

The Beastclaw Raiders are now a subfaction to the Mawtribes, so they get semi-merged with the ogors on foot.

Which models are included in the Start Collecting Beastclaw Raiders Box?

The big beast can be assembled as a Stonehorn or a Thundertusk.

The Stonehorn is a massive beast specialized in melee combat with a +5 ward save, while the Thundertusk specializes in a powerful missile attack more effective against horde units and a -1 on hit rolls against enemies that target in melee.

Then each beast has 3 options for riders: the Frostlord, the leader of the tribe, the Huskard, the spirit advisor, or simple Beastriders.

The Frostlord is a powerful melee combatant able to make friendly Beastclaw Raiders within 14” re-roll their charge and is more effective on the Stonehorn.

The Huskard has 3 different missile options: lower the range, higher the damage. Depending on the mount he can also give a different bonus to nearby units.

The Huskard on a Thundertusk is also a priest with some new prayers in the battletome.

The Beastriders are two Ogors mounting one of the two beasts above armed with a missile attack plus one of 2 other missile options and with the least efficient melee attacks between the models described so far.

Still, with 6 attacks on 4+/4+ they are not to be underestimated. They count as Battlelines if the general is a Beastclaw General, but they are also Behemoths.

As a rule of thumb: a Frostlord on a Stonehorn or a Huskard on Thundertusk seems to be some good leader options.

4 Mournfangs are enough to assemble 2 units of 2, however with the new book the horn blowers and banner bearers are limited to 1 every 4 models and since battleshock is not a problem anymore having a unit of 4 is back on the menu.

They come also with alternative weapons with different abilities, but the Gargant Hacker is probably the best option with rend and 3 damage per hit.

Mourfang units can become battleline of an Ogor army if the general is a Beastclaw Raider, however if you need more bodies now you have more options. Note that Ogors now count as 2 models when controlling an objective.

You could assemble them as two units of 2 for double battleline and avoid battleshocks, but this would require quite a bit of conversion to get all 3 roles (leader, horn blower and banner bearer) within 2 models.

Mournfang units are the cheapest battleline for Beastclaw Raiders independently of who the general is.

They are not the best option for the riding ogors, but they can be good in the right circumstances.

Using the points from the Ogor Mawtribes book:

So the 4 mournfang nets you 280 points. If you go for the most expensive big beast you will have 680 points.

Get your own Start Collecting Beastclaw Raiders today

The sum of all models as purchased directly from the GW store is 77.5£ for a discount of 29%, not one of the best but an essential starting point for Beastclaw Raiders.

This box is also the third highest for total points just short of 700 points (assembling either Frostlord) making it already a third of a 2000 points matched play game. There’s currently no other start collecting for Ogors.

Beastclaw Raiders are one of the components of the newest re-established Ogor reunion in the battletome Ogor Matribes.

Now that Ogors count double (or 10 if they are a monster like the Stonehorn and the Thundertusk) when controlling an objective, they are much more competitive.

A pure Beastclaw army within the new Ogor allegiances is still possible, however, now there are many other useful units that can be used to integrate the army, like artillery or infantry.

The best appeal of this army is indeed monstrous beasts and this box contains all those that you need.

Go get those big baddies!

While you may want to integrate with smaller and cheaper units for more flexibility, this box represents the cheapest option to get a general and a battleline while allowing multiple assembly options for quite some variety.

The only limit of the box is the point cost of the models themselves as you would get to 2000 points with 3 boxes, but many variants would mean that you have different options available.

Alternatively, the riders can be magnetized for an easy swap and saving some bucks. We do recommend to have at least 2 boxes for some experimentation or if you are not confident yet with magnets, and then explore the rest of the range. 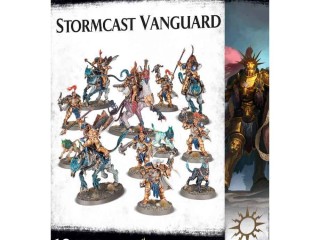 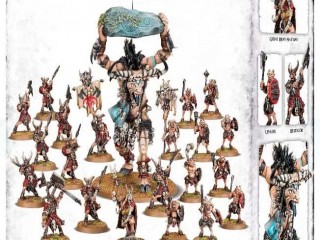 Review of Start Collecting Beasts of Chaos
Read Next Post →