Review of the Start Collecting box for Maggotkin of Nurgle

This is a review of the Start Collecting Maggotkin of Nurgle box: the lastest infested box to reach the happy Nurgle family, this time concentrating on mortals.

Which models are included in the Start Collecting Maggotkin of Nurgle Box?

The Lord of Blights is one of your mortal heroes in a Nurgle army, and one that you may be quite interested in using.

As all Nurgle units he is tough and depending on the cycle of corruption (Nurgle special battle trait) can get several bonuses that increase his resilience.

He can be mostly found in the Blight Cyst, a battalion that uses a Lord of Blights and 3 to 6 units of Blightkings and mainly provides the Blightkings a -1 rend weapon that is something Nurgle troops lack.

This battalion provides also a missile attack to all Blightkings next to the Lord of Blights instead of only one unit, but the most efficient missile attack is that of the lord himself for rend -3 and D3 damage.

The Putrid Blightkings are your standard mortal battleline outside of the other factions that can get the Nurgle keyword (Skaven, Slaves to Darkness and Beasts of Chaos).

As mentioned above they are the staple of a Blight Cyst battalion, and when 3 attacks at 3+/3+ get also a -1 rend it gets interesting. But it does not stop there.

A hit roll of 6+ makes D6 hits instead of only one and in the hero phase they roll a die for each unit within 3”, enemy or foe, and on a 6+ they heal Nurgle units or damage enemies.

The Pusgoyle Blighlords are Nurgle heavy air squadron with 7 wounds, disgustingly resilient (ignore wounds and mortal wounds on a 5+) and a movement of 8”.

They share with their on-foot counterpart the ability to transform an attack in D6 hits on a 6+ and to heal/damage units nearby combining the best of mortals and of daemons.

They are however really expensive for a 2 man-unit but used in the right way, especially in flanking manoeuvres, can be really useful.

You can instead make 1  Lord of Affliction. However, he is not as versatile. 200 points for an 8 wounds big model, despite the 4+ save and the 5+ extra ward, makes him quite expensive.

In his arsenal he has resilience, regeneration (1 wound each hero phase), mortal wounds on nearby units (2 different abilities with the second one damaging instead of healing friendly units) and the ability to make re-roll hit rolls of 1 to friendly Rotbringer units within 7” (Blightkings and Blightlords).

But, by assembling this model, you leave a Pusgoyle Blightlord spare.

Points cost of the Start Collecting Maggotkin of Nurgle Box

Value of the Start Collecting Maggotkin of Nurgle box

The sum of all models as purchased directly from the GW store is 91£ for a discount of 34%, considering also this is one of the most expensive start collecting of Age of Sigmar.

Overall verdict on the Start Collecting Maggotkin of Nurgle box

Nurgle can use units from many armies, but Rotbringers are the core of Nurgle proper mortals and this box encompasses the most important units of this particular facet.

Despite being the box with the second lowest number of models (only 8), point wise it’s a whopping 500 points and represents a good starting point for a Blight Cyst battalion.

You will need plenty of Blightkings in any Rotbringer army, maybe less Lord of Blights and the Blightlords are situational.

Therefore, the decision if to buy the second (or further) box really depends on how many Pusgoyle you need as the discount becomes interesting only when considering this unit as essential (its cost covering 2/3 of the box alone).

If you are not interested, move on, one box is enough but necessary if collecting Nurgle mortals. 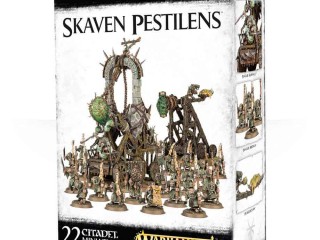 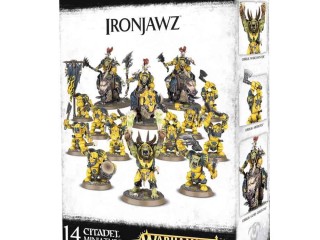