This is a review of the Start Collecting Skaven Pestilens Box: the foulest of all Skaven clans. If your goal is the final rotting of the world through a rat infestation then this is your starting point.

Which models are included in the Start Collecting Skaven Pestilens Box?

If you are interested in conversions you can even obtain a free Grey Seer or Plague Priest from the leftover components.

The Plague Furnace is an iconic model for Skaven Pestilens army and essential to buff the entire army.

Synergies are really important for Pestilens and just as an example if you take the Plague Priest on Plague Furnace as your general you can assign the Master of Rot and Ruin command trait that allows re-rolling the prayer roll.

As a priest he knows two prayers and on a 6 in addition to the prayer a plague is released to the battlefield with different effects.

Giving the plague priest as an artefact the Liber Bunonics allows him to roll two prayers per turn: Filth-filth to allow a nearby Pestilens unit to re-roll wound rolls and Rabid-Rabid to add 1 attack.

Now use the Congregation of Filth battalion adding 2 or more units of Plague Monks with at least 30 of them (to use Overwhelming masses trait to add +1 to hit and +1 to wound) and use all your prayers on one of those units.

The screaming bell is another iconic Skaven unit, bell being an important symbol for Skaven, and with the Grey Seer on top becomes an extremely powerful unit. Unfortunately, it’s not a Skaven Pestilens but rather a Masterclan model so less useful in a full Pestilens army but extremely important in a more generic Skaven army.

The Grey Seer is a powerful wizard able to do 2 spells per round and the bell itself does a random ability every turn, from a -1 to hit rolls to every unit in range (26” at its maximum) to summoning a Verminlord!

It also provides immunity to battleshock to any Skaven unit within 13”.

The downside of these models is that in order to move they need to have at least 10 friendly Skaventide models within 6” or they stay still.

The Plagueclaw is an artillery piece that can hit anywhere in range even without line of sight. Against hordes (10 or more models) hits on 2+/3+ at 31” range for 2D6 damage at rend -2.

Best thing is that this artillery piece, as all Pestilens, can be used also in a Nurgle army. Keep it protected however, because with 6 wounds and 5+ save it’s going down fast.

The Warp Lightning Cannon is not Pestilens but Clans Skryre, and as all war machines from that clan, it can be augmented at the risk of blowing up.

The way it works is that a Warlock Engineer can decide to increase the weapon power, then you roll a dice to determine the power value.

After that, instead of 6 dice you roll 12 and do a mortal wound for each dice greater or equal than the power value, but every 1 does D3 mortal wounds to the Cannon.

Randomness is the trademark of Skaven, in particular Skryre:

You could go from doing 12 mortal wounds to an enemy to blow the cannon to pieces with few 1s.

Why not start your great Skaven army today?

We already touched the Plague Monks above, but we can improve on those numbers.

Let’s start with a single plague monk and assume we will field them in units of 40 for maximum effect.

A Verminlord Corruptor allows a unit to re-roll all hit rolls so you can avoid the pair of blades to get 1 extra attack (2 from the blade and 1 from the staff). These can become 5 attacks if the unit charged in the same turn.

For every 20 models you can choose a banner, the first banner allows to do 1 mortal wound for every monk killed by melee attacks (on a 6+). The second banner allows a wound roll of 6 to do 1 extra damage.

Every 20 models you can choose a musician, the first one adds +1 to run and charge, the second one gives rend -1 to a hit roll of a 6.

Now let’s use the command point of the Verminlord Corruptor to give re-roll to all hits.

Need some statistics? Roughly, the blades have 70% chance to do at least 76 wounds against an armour save of 4+ (ignoring rend), and the staves 33 for a total rough estimate of 100 wounds after save… Need to discuss more about plague monks?

Well they will die with a 6+ save but with the Congregation of Filth, other than having a potential single drop army, you have an extra 6+ ward save and if they die you can still do mortal wounds back on melee thanks to the banner.

These guys are good. Do remember that your opponents will hate to play against plague monks spam over and over again.

Using the points from the last battletome, you will find the following in the Start Collecting Skaven Pestilens box:

So if you assemble according to the box art, you will get a total of 420.

The sum of all models as purchased directly from the GW store is 85£ for a discount of 35%.

I don’t think we could add more about the synergies of the models in this box.

NOTE: the rules here might have been changed with an update to the Skaven battletome

Skaven Pestilens can be used in a Skaven army but also in a Nurgle army (they lose some of the combos above but then benefit from all debuffs and mortal wounds/healing that Nurgle provides) and the best thing of this box is that the big pieces can be assembled as other Skaven units (Screaming Bell from Masterclan and Warp Lightning Cannon from Skryre) in case you want to try something different.

Even if you don’t want to commit everything in the setup described above, Plague Monks are useful units in mixed Skaven armies and the other pieces can be used with a certain degree of effectiveness in other builds.

The Grey Seer in particular is beneficial in any Skaven army with its battleshock immunity and random buffs/debuffs.

The extra pieces left after assembly can easily allow to create some extra on-foot heroes for extra value from this box.

For a mixed Skaven army, or one specialized in different clans, this box does not represent a great value, but for Pestilens (and Nurgle) players this box contains almost their entire army and they should buy it in bulks.

It is entirely viable to build your army out by just buying this box. The best part? It is going to be quite good! 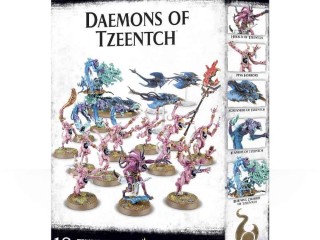 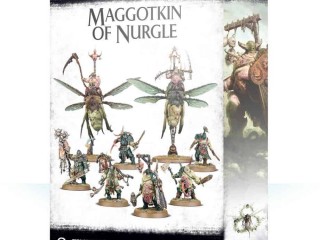