Review of Start Collecting Seraphon Box for Age of Sigmar

This is a review of the Start Collecting Seraphon box: the first step towards your dinosaurs riding dinosaur dream. Seraphon are a varied army with mostly 3 types of lizards: the magical Slanns, the more agile Skinks and the bulkier Saurus. This box focuses heavily on the raw strength of the Saurus.

Which models are included in the Start Collecting Seraphon Box?

The Carnosaur has 2 mount options: either the advertised Oldblood or the more recommended (because better) Scar-Veteran. Both are Saurus and make this Behemoth a Leader and an ideal general to lead a Saurus themed army.

The Oldblood gives you a missile attack at a decent range (18”) and the melee power of the Carnosaur.

The Scar-Veteran has different melee weapons available to choose from and a command ability that can buff a Saurus unit attacks.

His shield allows him to ignore rend -1 for extra survivability. While losing the missile attack, the Scar-Veteran is probably a better option to complement your other units.

You can also assemble this as a Troglodon with a skiink on top. It is a similar beast as the canosaur, a behemoth able to unbind a spell per phase with a decent missile attack for a relatively low point cost.

It does not have the Saurus keyword however, as it has a skink on top.

The Saurus Knights are Seraphon cavalry, although an odd one. With movement 7” they are slightly faster than infantry and with a 5+ save ignoring only rend -1 are quite squishy as well.

They have two weapon options with the lances hitting on 4 instead of the 3 of the blades and doing a mortal wound on a 6+. But with one attack per model they are quite weak in combat.

The box comes with 8 models however the unit size is multiples of 5. They are battleline in a Seraphon army.

The Saurus cavalry really need a new warscroll, and they will hopefully get one in the upcoming battletome update for them.

Start your dino-army today (you are worth it!)

The Saurus Warriors are the basic Saurus infantry of the Seraphon. They have two weapon profiles with the lances giving an extra range, which is extremely useful if combined with that +1 attack and +1 hit when in groups of 30 or more.

As a generic battleline they could be a valid option, however they suffer in comparison with the other Seraphon battleline, the Skinks, which are much more versatile.

This box contains 12 models but the unit size are multiple of 10s, so that is a bit weird.

The synergy between those units is guaranteed by some battalions, in particular the Firelance Starhost uses a Scar-Veteran on Carnosaur and the Saurus Knights allowing the latter to do extra damage on charge.

The Sunclaw Starhost allows the Warriors to have rend -1, but need to use a Saurus Sunblood as hero. Not the most used battalions, but in a Saurus army they allow to reduce the number of drops (and getting to pick first turn can be key in building a good army).

The total points of the box is therefore 410 (or 310 if you go for the Troglodon build), plus some leftover models.

The sum of all models as purchased directly from the GW store is 97.5£ for a discount of 43%, one of the highest currently available. However for 25£ you get 20 Saurus Warriors instead of 12, allowing you to field 2 full units instead of one and having 2 spares.

The Seraphon currently are in an odd spot: being one of the first armies to receive a battletome, they have really outdated rules subject to change.

As it stands Saurus do not represent the most competitive units as Slanns are the wizards that you need and the various Skinks units can do all the rest.

This is subject to change with a new battletome (which they are likely to get) but as it stands this box does not represent a good starting point despite the good discount price and the beautiful Carnosaur model.

Add to this that you will have spare models forcing you to buy more boxes just to complete the units and you’ll have reduced the efficiency of one single box.

If you are still keen to field a Saurus army, this is a good starting point and you may need 2 boxes (allowing you to have 2 different behemoths, 3 units of 5 Saurus Knights and a unit of 20 Saurus Warriors) but no more than 2.

If you are looking to start Seraphon, probably look elsewhere or wait for the battletome to see if the units in this box becomes any good. 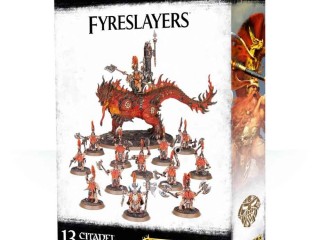 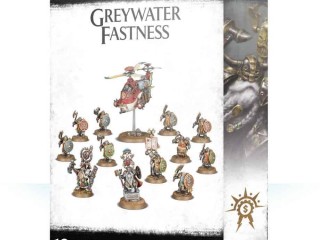