Which models are included in the Start Collecting Greywater Fastness Box?

The box advertises the following units:

For the first time together in a consistent allegiance, the duardins of the Dispossessed sub-faction get back their warmachines relegated until now to the Ironweld Arsenal.

Greywater Fastness is an extremely industrialized city in Ghyran famous for their artillery and ramparts guarded by the toughest duardins in the realms.

This box perfectly represents this theme.

The first hero in this box is the Warden King himself, the leader of the Dispossed duardins.

He is a decent melee fighter able to buff Dispossessed units by avoiding battleshock if he does not move, or add +1 attack on melee at a cost of a command point.

Pretty damn good if you are going to have some duardin in melee.

The Cogsmith is another hero and his main scope is to repair Warmachines of the Ironweld Arsenal.

He has different weapon options available that allows him more missile firepower or melee impact.

The Ironbreakers are your tough duardin infantry, with some decent attacks and a 3+ save that makes them quite durable especially if buffed for example by a Warden King.

They are battleline in any Cities army making them a really good option. The alternative build you can make, the Irondrakes, can also be battleline if the general is a Duardin (the Cogsmith is not a Dispossessed but is a Duardin).

They have less efficient melee in exchange of a 3+/3+ rend -1 missile attack at 16” that can become 2 attacks if they don’t move and are not already engaged.

The Gyrobomber is your aerial threat. A sort of steam-helicopter, has a decent missile attack (20”) and in close proximity can bomb nearby units it moves through.

Only downside is that in melee will probably not survive much with 5 wounds and a 4+ save on its own. If you intend to fly into melee, a better option is to use it in units of 3.

The Gyrocopter is a similar unit, coming with 2 weapon options: one similar to the bomber, the other short range but throwing a dice for each model of the target unit within 8”.

Get your copy of Greywater Fastness today!

The Gyrocopter also throws bombs but only once per game compensating however with a higher movement.

Using the points from the Cities of Sigmar book:

In total that is 380 points if you assemble with the Ironbreakers and the Gyrobomber. You can it up to 400 if you go for the Irondrakes instead.

Value of the Greywater Fastness box

The sum of all models as purchased directly from the GW store is 90£ for a discount of 33%, one of the lowest, but most of these models cannot be found outside of GW direct order.

Cities of Sigmar is a diverse allegiance with units from all backgrounds: duardin, humans, aelves.

This box captures the essence of one of the aspects of the cities: sturdy dwarves (duardins) living in Greywater Fastness.

If you ever wanted to start a duardin army but you were never hooked by flying or magma riding dwarves this could be your starting point.

For a Greywater Fastness box it’s missing a Runelord that synergies really well so I would recommend to add it as soon as possible.

The box itself allows different options and even a second box could be interesting for the line infantry and reinforcing your flying unit.

Dispossessed are slow but tough, you will want to integrate with some more artillery to bombard the enemy while your duardins go in position and, for how blasphemous it can seem, some wizards can really spice up your units.

Tempest Eye is also a good allegiance for your duardins since it allows extra movement and save on the first turn and a command ability gives running and shooting to one unit. You could also add some Kharadron Overlords to complete your army.

Overall, not a bad buy if you are looking for some dwarf action!

Get your copy of Greywater Fastness today! 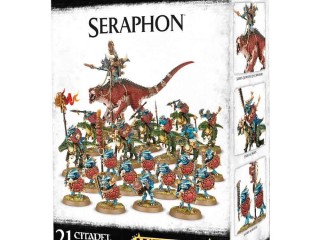 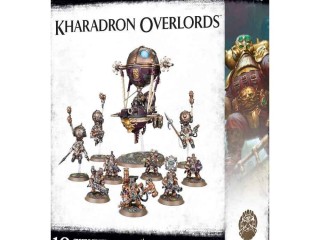