This is a guide for the Blades of Khorne: Khorne Daemons warband in Warcry.

Khorne is the Chaos God of War, master of slaughter and Taker of Skulls.

His daemons are the personification of his will in the Mortal Realms, are you ready to shed some blood in His name?

Background and Lore of the Khorne Daemons Warband

Khorne is one of the four Chaos Gods, representing violence in its purest form. He does not care from whence the blood flows, only that it flows.

Skulls of worthy enemies are taken as a tribute to the Blood God, the Taker of Skulls.

Every war, every single life taken empowers Khorne and his followers do not gather in temples to offer prayers: they fight in the battlefield to honour their dark god.

Khorne Daemons derive from Khorne essence itself. Whenever the conflict becomes so violent that the blood flows like rivers, then reality splits and the Blood Legions can invade the Mortal Realms.

They can stay in this physical form until slain or called back by Khorne, and then be reformed in the Realm of Chaos to restart the cycle.

Daemons of Khorne despise concepts of peace or compassion and share with their lord an innate hate for magic and cowardice (two things that are often associated with each other).

A Blood Legion called forth is an organized red army voted to endless war and slaughter formed by close ranks of Bloodletters armed with hellblades followed by powerful engines of war like the Skull Cannons or the Blood Thrones.

On the flanks prowl the Flesh Hounds sniffing the air in search of the scent of their next victim, while the powerful Juggernauts make the earth tremble when they charge the enemy in close formation of Bloodcrushers.

But the most dangerous of the Blood Legions are the Greater Daemons of Khorne, powerful Bloodthirsters divided in 8 ranks in a rigid military structure and all capable of annihilating entire armies by themselves.

But how do the Khorne Daemons play on the tabletop? Let the rage subside for a moment so that we can have a look at them in detail.

Overview and Points for the fighters in the Khorne Daemons Warband

The Khorne Daemons warband is made from 3 kits with 6 options in total, of which 3 options are leaders.

The Bloodcrushers are the heavy infantry of Khorne Daemons with decent Movement (6”) and resilience (30 Wounds, 35 for the Bloodhunter and Toughness 4).

Their personal ability is the classic damage on charge: for a Triple, Murderous Charge, allows you to allocate as much as 6 damage to the next enemy model you enter in contact with.

The leaders’ special ability, Locus of Fury, instead increases by 1 the number of melee attacks for every friendly visible fighter within 6” as long as the leader took down an enemy in the same activation.

While being on the expensive side, they are good all-round profiles with decent stats.

The Flesh Hounds are the real Khorne cavalry with a Movement of 8” and the ability, for a Double, to get closer to an enemy with a bonus move if it was at least within 6” of the starting position.

For the rest the Flesh Hounds have the same identical weapon profile as a Bloodcrusher (4 attacks, Strength 5 and damage 2-4 with the Gore Hound increasing by one the attacks and the damage on critical hit), the main difference being less wounds (20 or 30 for the Gore Hound) and no damage on charge.

The Gore Hound, apart from Locus of Fury available to all leaders, has an extra ability extremely powerful: Burning Roar.

For a Quad you could end up doing as much as 12 damage to a single enemy within 8”.

That is a lot of free damage and relatively reliable (you still need to roll 2+ on each die, and as many dice as the value of the ability).

For this the Gore Hound is probably the best Khorne Daemon leader as it costs the same as a Bloodhunter, has identical profile except for 5 wounds less but one extra ability.

The Bloodletters are the cheap infantry of Khorne Daemons, on the squishy side (10 wounds with Toughness 3) but quite cheap considering the amount of attacks (4 at Strength 3 for 1-4 damage).

The leader, the Bloodreaper, costs more than double but pumps up its wounds (20) and its weapon profile to be more in line with the other leaders (5 attacks at Strength 4 for 2-4 damage).

He has access to Locus of Fury, however of all leaders he is probably the worst option.

Bloodletters special ability, Decapitating Strike, adds up to 3 damage only to the damage on critical hits, making it much less reliable than other similar abilities. Depending on the situation you may have much better us for a Double, especially a low Double.

Strategy and Tactics for the Khorne Daemons Warband

The Khorne Daemons are a well balanced warband with no standouts but a few cards up their sleeves.

They are extremely oriented towards doing as much damage as possible in the shortest period, they may suffer from prolonged melees with average Toughness although they have a good pool of wounds.

Their main ability, Blood for the Blood God, for a Double allows them a bonus move or attack if they fell down an enemy in the same activation. Extra attacks for a double is quite good.

If it’s a leader to put an enemy down then can be upgraded to Locus of Fury for a Triple, giving everyone in melee in a 6” bubble an extra +1 attack.

Movement is not a concern for this warband with Bloodcrushers on 6” and Flesh Hounds on 8”, plus the bonus move from Blood for the Blood God and Flesh Hounds signature ability, Hungry for Flesh, allowing them a bonus move if within at least 6” of an enemy.

If you have spare Doubles and you cannot use the 2 abilities above, then you can use Decapitating Strike on your Bloodletters to increase up to 7 their damage on critical hit.

It relies on rolling 6s on 4 dice (5 if you activated Locus of Fury) so it may not do much most of the time but remains quite thematic when a single Bloodletter can impale a much more blazoned enemy with a couple of critical hits.

Bloodcrushers can damage at the end of their movement using a Triple (Murderous Charge) but for the rest they cost 15 points more than a Flesh Hound for 10 wounds more but 2” less movement. A combination of the two can cover most situations where the Hounds can pursue and engage early any enemy, while the Juggernauts can do impact damage on the biggest enemy hitters.

Bloodletters will be left there to increase your numbers in objective-based scenarios but be careful to not over-expose them in scenarios where killed models are counted.

Of the three leaders the Gore Hound is probably my favourite based on the extra ability, Burning Roar, otherwise not usable by any other model in the warband. The Bloodreaper is probably the loser as it does not add much regarding special abilities and its relative fragility puts him at odds with the bigger cousins.

To summarize: this warband, while missing any heavy hitter, counts on getting close quickly, attack savagely with damage and attack increasing abilities and control the board by killing as much as possible.

The absence of ranged options will mean that sitting on an objective may not be possible in certain situations but a decent mobility and Flesh Hounds ability should allow you to cover the distance between you and the snipers rapidly.

Protect your leader until he can get the mortal blow on an enemy and activate the Locus of Fury for some more juicy rampage of Khorne Daemons.

Pros and Cons of the Khorne Daemons

– Not a lot of options

How to buy a Khorne Daemons Warcry Warband

Note: all prices used are standard Games Workshop prices. It is possible to get the different things cheaper (check the links for prices).

The Khorne Daemons warband can be purchased from 3 boxes making it quite easy to collect quickly all you need. You will also need the Warcry cards for the Daemons of Khorne warband.

Furthermore, the Start Collecting! Daemons of Khorne (£55) is a good starting point as it provides 10 Bloodletters and 3 Bloodcrushers that are more than you need unless you want to play with a stampede of these beasts. Couple that with a box of Flesh hounds and you are good to go.

Alternatively, you can buy all boxes separately with 6 Bloodcrushers (£60), 10 Bloodletters (£22.5) and 5 Flesh Hounds (£30). All containing at least one leader option.

Tips on painting a Khorne Daemons Warband for Warcry

The Khorne Daemons are quite old and available across different Games Workshop games, including Warhammer 40K and Horus Heresy, therefore there is plenty of guides online of how to paint them.

Although to be fair, they are mostly tones of red… Warhammer Community uses Bloodletters as an example on how to paint Khorne Daemons in both classic and contrast method.

If you use oils, a guide using a mixture of oils and acrylic presents how to paint a Bloodcrusher.

From the Apathetic Fish you can find a guide for Bloodletters and Bloodcrushers, while for Flesh Hounds from Warhammer Community there is an older guide for Korghos Kuhl very own Flesh Hound. 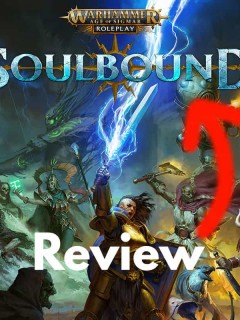 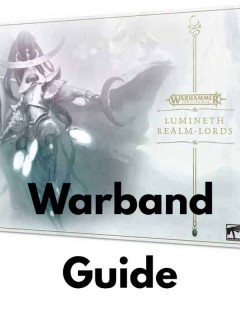