Review of Start Collecting Malignants Box for Age of Sigmar

This is a review of the Start Collecting Malignants box: while there is no current faction for Malignants, this box aims to add some starting elite units to a Legions of Nagash army focused on spectral forces. It can also be used for expanding a Nighthaunt army and chip in a useful ally. 2 out of 3 models are multi-kit allowing for some customization and use in different sub-factions.

Which models are included in the Start Collecting Malignants Box?

Let’s start from the Mortis Engine. Assembled as a Mortis Engine it has the keyword “Deathmages” that allows its usage in Legions of Nagash (or Legion of Grief for a more spectral legion).

It is a really useful model with a once-per-battle wide range attack (and heal) and a bonus to wizards close by.

Alternatively, as a “Soulblight” it can be assembled as a Coven Throne: a powerful wizard able to resurrect “Summonable” units. As all vampires, this model can be used in an exclusively Soulblight army or in a Legion but not in Nighthaunt if not as allied.

Combining the two with a bit of kit-bashing you obtain a Blooseeker Palanquin. It inherits the bravery-based missile ability from the Mortis Engine combining it with the magic powers of the Coven Throne.

It is also a Soulblight unit.

All three models count as Behemoths, but the Mortis Engine is not a leader.

The Spirit Hosts are good Nighthaunt units with the ability to fly and the ethereal keyword that makes them immune to rend.

They dish out mortal wounds on 6s and that’s always a bonus for a relatively cheap unit with high resilience, especially if supported and allowed to re-roll 1s to hit.

The Hexwraiths are the cavalry of the Nighthaunt army. With flying movement of 12 they supplement really well any Legion or spectral army, even more now with the General Handbook 19 discount.

Their scythes also give mortal wounds on 6s making them good in any list. Alternatively, for a completely different direction, they can be assembled as Black Knights.

A cheaper cavalry belonging to the Deathrattle sub-faction, they are also usable in Legions. Black Knights charge always minimum 6” and a unit of 5 can make 11 attacks on a 3+/3+ for 2 damage on the charge round. To a good attack it does not match a good defence as, with save 5+ and not immune to rend, they will crumble as dust when under heavy fire.

Having the “Summonable” keyword, both Spirit Hosts and Hexwraiths/Black Knights can be resurrected/healed by the throne or palanquin using the Deadly Invocation ability.

Extremely useful to replenish a model per round on a 3+ creating a nice synergy between the models in the box.

Why not start your undead horde today?

The sum of all models as purchased directly from the GW store (the Mortis Engine can be bought only directly) Is 76£ for a discount of 28%, not one of the best but a good starting point if you have a Legions of Nagash army and you want some extra models.

Could be also be a good investment for a Nighthaunt army as it gives you two battleline options and one extra ally.

Not worth it at all for a Deathrattle only army. There’s also not much purpose to buy it more than once unless you want to have every single throne option for collection, and you are building up an extremely elite Nighthaunt army.

Even in that case, there are probably cheaper options.

Order your copy of the Start Collecting Malignants box today

Not an ideal starting box as it does not provide leader and battleline options for the same allegiance, but good to integrate in a Nighthaunt army or a Legions of Nagash spectral army.

It is clear this box was released before Nighthaunt and Legions of Nagash got their battletome, making this a weird mix of minis not really aimed at any thing specific.

Also, a beginner could buy this box and assemble the minis in way where they do not really fit together in any allegiance.

This would be a really bad experience for a newbie, so this box should get an overhaul and redesign.

Check the price on the Malignants Box 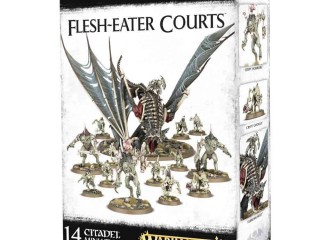 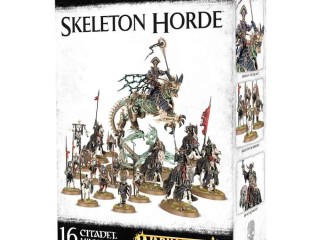