This is a review of the Start Collecting Skeleton Horde: a perfect starting point for a “bony” army of Legions of Nagash.

The focus here is on the core Deathrattle units, a sub-faction of Legions, but it’s also the cheapest way to obtain a Mortarch and who does not need more skeletons in life?

Which models are included in the Start Collecting Skeleton Horde Box?

Let’s start from the Mortarch: Arkhan the Black. The Mortarchs are powerful generals of Nagash and there are currently 5 (the last one to be released in October with the Ossiarch Bonereaper, Deaths newest army). 3 of them can be built from this kit:

The choice of which Mortarch to assemble will depend on which direction you want to take your army.

Arkhan is a powerful wizard: he can cast up to 4 spells per round when at full health and can power-up nearby Death mages.

Mannfred itself is not a bad wizard and he has interesting synergies between his attacks and his magic, being usually the second most used option.

Neferata, Mortarch of Blood, is a combination of the two with her most powerful ability giving a -1 to hit bubble to all enemies within a certain range (starting from 15” at full health).

You can’t create all three models from one box, but if you choose the style that you prefer for the mount, you can then magnetize the 3 riders having all three options available.

Personally, I would go for Arkhan. I think spell casting is the way to go and I find his lore and story more suitable to my taste.

The Black Knights are Deathrattle cavalry option. They charge always minimum 6” and a unit of 5 can make 11 attacks on a 3+/3+ for 2 damage on the charge round.

To a good attack it does not match a good defence as, with save 5+ and not immune to rend, they will crumble as dust when under heavy fire.

Alternatively they could be assembled as the Nighthaunt Hexwraiths.

With flying movement of 12 they supplement really well any Legion or spectral army, even more now with the General Handbook 19 discount. Their scythes also give mortal wounds on 6s making them essential in any list.

The choice here is about the theme of the army as Black Knights better fit the skeleton concept.

Finally the skeletons will be your battleline option and your most used unit in the army as in big groups they can do a lot of damage.

They have 2 weapon options: swords and spears. You may want to use swords for smaller detachments as they hit better (4+/4+), however spears have 2” range and are really useful to surround the enemy in big blocks, 40 being the recommended unit size. In fact, at that size, they can dish out 121 attacks (assuming all 40 are in range) at a 4+/4+ if within 18” of a Death hero.

And if that Death hero is a Wight King, his command ability can give each skeleton an extra attack getting the total to 161… happy rolling!

Having the “Summonable” keyword, both Skeleton Warriors and Hexwraiths/Black Knights can be resurrected/healed by any Mortarch using the Deadly Invocation ability.

Extremely useful to replenish one or more models, creating a nice synergy between the models in the box.

Why not start you skelemobob horde today?

The sum of all models as purchased directly from the GW store (the Mortarch can be bought only directly) is 88£ for a discount of 37%, a really good price.

Since it’s almost the cheapest way to obtain a Mortarch (the box on the sponsored site is 4£ cheaper than the Mortarch by itself) you may want to buy 3 boxes at a certain point as you’ll never have enough Skeletons and you can always swap the knights between the Deathrattle and Nighthaunt variant.

As it stands this is a really good start collecting box: great value for money, a fair few customization options, a solid baseline for any Legions of Nagash army and decent re-buyability.

It contains one hero, one battleline option and one more “elite” unit: that’s everything you want to start a small army.

At 580 points you are already half way for a Meeting Engagement army. From here just buy more skeletons… 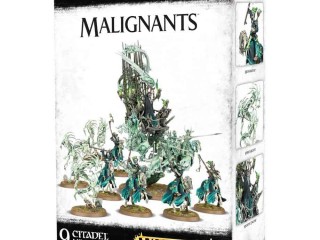 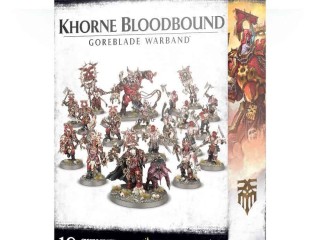