The Stormcast Eternals are one of the most famous of Age of Sigmar armies and they could not miss the opportunity to move war to Chaos in Archaon’s stronghold itself.

If you are looking for a warband to perform flanking manoeuvres and ranged damage, then this is the warband for you

Background and Lore of the Stormcast Eternals Vanguard Warband

The Stormcast Eternals are the mortal heroes taken by Sigmar a moment before their death to create the most powerful weapon he could imagine to fight Chaos: an army of supernatural almost immortal warriors.

Once Azyr doors were reopened, the Stormcast have been sent by Sigmar to spearhead the retaking of the territory lost in the Age of Chaos and re-establish civilization in the Mortal Realms.

Stormcasts are composed of different chambers, the Vanguard being the scouts of Sigmar, experts in ambush and tactical warfare.

The Vanguard is an Auxiliary Chamber of the Tempest Chamber, usually led by a Lord-Aquilor and containing only the most independent and resourceful of the Stormcast Eternals.

For this reason, smaller detachments have been sent to the Eightpoints to explore and report back to Sigmar.

But how do they play on the tabletop? Let’s take a look at their fighters and abilities.

The Vanguard warband is made of 3 leader options and 5 more models coming from 4 distinct kits.

The Longstrike Crossbow is the long-range weapon, one of the most powerful comparable to a ballista with a range of 20” and a damage of 10 on a critical (but only 1 attack).

This leader is one of the most versatile leaders in the game with the longest-range weapon with higher damage (4-10) and 30 wounds with toughness 5. His ability,

Righteous Aura, increases for a Double the toughness of all fighters within 6” of the leader bringing him to a toughness 6 (which is among the highest in the game).

In melee he cannot use his ranged weapon (minimum range 6”) but replaces it with 3 attacks at strength 4 for 1-4 damage so you will want to try to keep as distant as possible from the front lines.

He also has 2 more abilities that can be used in a sort of combo. As a scout he could use for a double the Warning Cry, allowing to re-roll 1 attack dice against a single target unit within 6”.

This ability can also be performed by an Aetherwing, so first part of the combo is to put the Aetherwing in position and let him cry against the opponent that has to go down that round.

For a Quad the Prime can use Aimed Strike, that allows him to add to the damage characteristic (both for hit and critical hit) the value of the ability, allowing him then to shoot twice at strength 5 within 20”, for a potential damage of 10-16 per shot, re-rolling one attack in case it’s needed.

Obviously requires a quad and a double but having 7 dice (or even more if keeping the wild dice in later turns) is not impossible and 2 of those shots would potentially wipe any enemy unit that turn.

The drawbacks of this unit are that he is the second most expensive leader in the game with a price comparable to Gargantuan units and a movement of 4” that would mean once a position is taken will be hard to move from there.

The Vanguard-Raptor with Longstrike Crossbow has an identical profile to the Raptor Prime with less wounds (20) and no leader or scout ability.

All pros already discussed in the previous section are still applicable here, obviously not having cheap infantry units it’s also prohibitive to have 2 units of this type, even using a cheaper Leader option, half warband would be used up with the leader and one single raptor leaving space for 3-4 more units only for an extremely low count warband (which would struggle in several types of missions).

The Hurricane Crossbow has a shorter range (3-15”), less damage (2-6) but with more attacks (3) with strength 4, could statistically do more damage than the Longstrike version.

The attacks can be increased even further on one single activation using the Rapid Fire ability: for a triple, add the value of this ability halved to the next attack action. Against medium toughness fighters, this could bring 12-36 damage on the first attack.

In melee all Raptor-Primes have the same profile: 3 attacks, strength 4 and 1-4 damage. Toughness 5 and 30 wounds, plus the Righteous Aura, would make this fighter extremely durable as well.

The difference in model between the prime and the non-prime is a unique pauldron with a raptor motif.

The Vanguard-Raptor with Hurrican Crossbow is similar to the Prime, with less wounds (20) and no Leader ability.

Its Rapid Fire ability can prove extremely useful and the cost is now proportioned to the potential damage output.

The Hunter-Prime is the last leader option, coming from the Vanguard-Hunter profile has a ranged attack with no minimum range (8” maximum) for 3 attacks at strength 4 and unimpressive damage (at least compared to the Raptor-Primes).

When in melee he can dish out 4 attacks at strength 4 and decent damage (2-4). Toughness 5 (6 when using Righteous Aura) and 30 wounds provide him some survivability considering he does not mind being used in melee where he is most effective.

As a leader his cost is lower than the Raptor-Primes allowing to use non-leader options for the high-output damage shooters and to be more effective in the use of the Righteous Aura when attacking in force in melee.

However, they do not have any special ability to increase their output.

With toughness 5 and 20 wounds they can be extremely survivable. While they slowly (movement 4) get into position, they can still use their ranged attacks.

For 15 points less than a Vanguard-Hunter you can have a Gryph-Hound. Same melee profile (4 attacks at strength 4 for 2-4 damage) but a movement of 6” instead of 4” and the Darting Attack ability:

for a triple they can do a bonus attack and then a bonus disengage move getting in a better position around that objective or forcing the opponent to follow you wasting one of their activations.

Toughness 4 and 20 wounds guarantee a decent survivability, especially if protecting the leader under the Righteous Aura increasing their toughness to 5.

The Gryph-hound becomes an interesting choice in Warcry and a small pack of these fighters can bring down some tough opponents.

The Aetherwings are the cheapest unit in the game (same points as some grots) but can help increase the number of fighters in an otherwise pretty expensive roster.

With toughness 2, 8 wounds and 3 attacks at strength 2 they are definitely not there to hold the ground in melee, but they can be really useful scouts.

They can fly with a movement of 12” allowing to reach the furthest objectives or run in circles around opponents eager to pull them down.

Their Warning Cry ability (one attack against a targeted fighter within 6” of the Aetherwing can be re-rolled) it’s extremely useful to assure maximum damage from the snipers.

Strategy and Tactics for the Stormcast Eternals Vanguard Warband

This warband is extremely powerful in ambush tactics and control from afar. They have probably the best ranged fighters and their melee combatants are more than capable.

Your warband will most likely be low-count models if you want to take advantage of the best shooters.

The Vanguard has the answer to most objective based questions.

If you need to survive for 4 turns, you can pick an Aetherwing and run far away while your other fighters snipe out every single opponent getting too close or any ranged option threatening your birds.

If you need to control objectives, you can start sending the Aetherwings to control them early on while Gryph-Hounds and/or Vanguard-Hunters get closer using the Tireless Hunter ability.

If you need to kill fast, snipers are your best option but in melee do not underestimate the survivability of your fighters thanks to the Righteous Aura that increases the toughness to 6 (5 for the Gryph-Hounds)!

20 wounds are a lot to bring down but be careful about the critical hits: warbands with high volume of attacks can score multiple critical hits bringing you down independently from your toughness.

Gryph-Hounds are extremely useful for their potential damage but also for the ability to attack and disengage that, if planned correctly, allows you to dance around an objective and avoid retaliation.

Aetherwings are a utility piece that should not be used in fights but do not underestimate their warning cries to re-roll one attack (with or without using the Aimed Strike ability) and their mobility.

Pros and Cons of the Stormcast Eternals Vangaurd Warband

How to buy a Stormcast Eternals Vangaurd Warband

Note: all prices used are standard Games Workshop prices. It is possible to get the different things cheaper (check the links for prices).

in January 2020 GW introduced a new Warcry box for the Vanguard: for 30£ you can get 5 Vanguard-Hunters (one could be a prime), 3 Aether-Wings and 3 Vanguard-Raptors.

All you would need then would be a box of Gryph-Hounds for a really cheap entry cost (45£ total). This is now by far the best option for getting a quick warband together for the Stormcast

The Start Collecting Stormcast Vanguard contains several useful models including 5 Vanguard-Hunters (one can optionally be assembled as a Prime) and 3 Gryph-Hounds.

Add to this box a Vanguard-Raptor box and you have another 3 Raptors (1 can be assembled as Prime) and 3 Aetherwings.

The Raptors can be assembled with both crossbow options, if you are confident with magnetizing you can have both available and use the one you need at the occurrence. The only downside is the different base size between the Hurricane (40mm) and the Longstrike (60x35mm) forcing you to magnetize also the bases.

Gryph-Hounds can also be bought separately in boxes of 6 for 15£ in case you want to avoid the Start Collecting box.

In that case a cheaper way to obtain the Hunters is the warband for Warhammer Underwold “The Farstriders”, containing 2 of them and a Hunter-Prime.

Tips on painting a Stormcast Eternals Vanguard Warband for Warcry

How are your Stormcast Warband?

If you think they are the shizzle, I really want to display them on this article.

Vanguard Chambers are just an auxiliary chamber of the Stormcast Eternals and they can be painted using the many stormhost colour schemas available or you can invent even your own.

Check the videos below as Stormcast have a vast amount of tutorials out there. 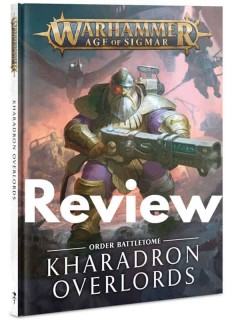 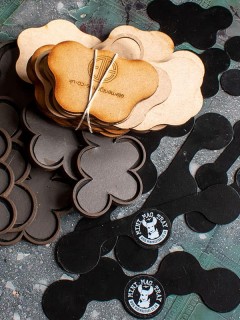 Next
Best Movement Trays for Warhammer Age of Sigmar and 40k
Comments are closed.