Last year, we reviewed the first annual Tome of Champions 2019, and we generally liked much of the new additions to the game such as the Trial of Champions campaign rules.

A thing we didn’t like so much back then was how some of the book was tailored for stuff that hadn’t been released yet, while other parts were already getting old or outdated. With the release of the Grand Alliance battletomes for Warcry this season, Tome of Champions 2020 doesn’t have any of those problems, leaving space open to cover other things and making campaign play even more interesting. In this review, we cover all the new content in the annual Warcry book’s 2020 and talk about how it sets the stage for a new season of Warcry.

What’s in the book?

The “new” format for Tome of Champions, after the fighter cards have been moved to the new battletomes, is organized after the three ways to play (Open, Narrative and Matched Play), with a short rules update at the beginning. Below, we’ll highlight the most interesting additions to each section.

Note: The new Warcry books released with Tome of Champions 2020 brought some changes in how Thralls, Monsters but especially Allies work. The roster of available leaders has been massively increased and it’s now possible to use more than one as a “Hero” (1 in matched play and up to 3 in a Narrative campaign).

Link to the 4 new books:

Rules Updates in Tome of Champions 2020

This section replaces a couple of rules segments from the Core Book:

Open Play in Tome of Champions 2020

This year’s addition to the Open Play toolbox is Pit Fights for the Triumph & Treachery multi-player Warcry mode. In Pit Fights, 3-6 players can fight each other with very small warbands of 1-3 fighters. It’s a very cool system that makes an already pretty cinematic skirmish game even more so. The game mode has rules for reactions to attack actions such as grappling the opponent, making counter-attacks and so on, and there are also rules for releasing monsters into the pit or making the fights harder or easier depending on the mood of the crowd spectating the battles.

The Pit Fights can be played with the starter set terrain or in the Catacombs dungeons, and this section also includes rules for including pit fights in a Campaign, which sounds like a great way to bring all players of a campaign together every once in a while.

All in all, Pit Fights are a cool addition to the Warcry toolbox that I hope will see a lot of play once the lockdowns lift and events and gaming clubs start opening up.

Narrative Play in Tome of Champions 2020

Narrative Play is where Tome of Champions 2020 really puts most of its energy. There are some recurring sections here, such as the Champion Mode which adds some complexity to any campaign by letting your fighters receive different types of injuries, explore your dominated territories and have a chance to earn Champion Rewards instead of the usual Lesser Artefacts. This more advanced mode of play works in such a way that one player in a campaign can use it even though other players don’t, making it an awesome way to add complexity without sacrificing flexibility and beginner-friendliness.

There are also more Fated Quests, the mini-campaigns that we’ve seen in other Warcry publications, which is always nice, narrative battleplans that give non-convergence campaign battles a little more flavour, and Lesser Artefacts tables for each Grand Alliance, but the two standout additions to me are the Soroth Kor campaign and the new Challenge Battles.

The Soroth Kor Campaign will feel immediately familiar to anyone who has played Games Workshop’s other great narrative-focused skirmish game Necromunda: instead of every player fighting their own campaign in the classic Warcry style, Soroth Kor presents players with a mysterious city that a gaming group can fight over in a three-month campaign where you always play with other players of the same campaign. This makes it much easier to emphasize the narrative of the game, and Tome of Champions 2020 give you many tools for doing so, from stealing territory from other players to the addition of a Campaign Master (sweet!)

The Campaign Master is basically a Game Master/Dungeon Master who, while still being one of the players in the game, is also a facilitator who figures out who has to play against who, what events should happen during the game and what special rewards and house rules are available – there’s even a guide to writing a newsletter for your campaign. A gamemaster for miniatures games is amazing, and something I have waxed on about before.

While I love the original campaign system for Warcry for its flexibility and how it makes sure everyone has an incentive to play against any other player, the Soroth Kor campaign is a great framework if you have a dedicated game group, or if you are running Warcry games in a hobby store or a gaming club. If you combine the campaign with the Champion Mode, you end up having enough systems to really tell a story with your campaign, which is something I think Warcry can always use more of.

The Soroth Kor Campaign is reason alone to buy the Tome of Champions 2020.

Order your own Tome of Champions 2020 today

The new Challenge Battles differ from previous versions of this game mode by having two players fight against Wild Fighters, which are fighters controlled by the game. This is another great addition to campaigns, as these battles allow two players to forget their rivalries and join forces against a common enemy (before going back to fighting each other), which could be a nice narrative event for a Campaign Master to insert into a Soroth Kor campaign, but it also adds what’s essentially a very simple AI to the game so it can be played in solo mode.

The Wild Fighters are controlled by a Behaviour table, so that players roll dice to see what each enemy fighter will do in their activation based on their distance from the fighters the players control. If you’ve played any of the recent Warhammer Quest games, this system will be very familiar to you, and it’s a very good way of making “game-controlled” fighters behave in an unpredictable way which is close enough to what it feels to play against other players.

The actual Challenge Battles are pretty diverse, ranging from a classic “Left 4 Dead” scenario, where you fight hordes of undead, to a showdown against an actual Mega-Gargant. So, while they require you to have lot of miniatures in your collection, they can really offer a unique Warcry experience – and the behaviour table can be used for any scenario you could make up: you can just use those to create whatever battles fit the narrative of your campaign.

The only real criticism I have of the Narrative Play content in Tome of Champions 2020 is that the Fated Quests use terrain cards from the Warcry: Catacombs set, which I don’t think is something every Warcry player owns, but this is something you could just swap for other terrain cards and still use the same quest rules – this is even stated in the introduction to the Fated Quests in the book.

Matched Play in Tome of Champions 2020

The Matched Play section includes six Pitched Battle battleplans, 12 Hidden Agendas (bonus objectives to score in a tournament) and rules for Escalation Tournaments, where you level up your warband across multiple tournament battles.

If you are like most Warcry players I’ve talked to, you probably find that the idea of balanced, competitive play doesn’t really rhyme with the chaotic and often pretty imbalanced nature of Warcry’s many factions and the interactions between them.

I definitely think that’s still the case, and that this means Warcry works far better in an arbitrated campaign setting, but the Pitched Battle battleplans in Tome of Champions still seem fun to play. There’s one that award you victory points for having lost the least Wounds when you add up the Wounds of fighters you’ve lost in a round. That’s not very balanced as I don’t think the number of Wounds in a warband is the same on average for every faction, but in a game like Warcry, you could say that about most victory conditions (some are won simply by having much greater movement than your opponent). It’s still good that Tome of Champions 2020 gives you a framework for playing the game competitively, but don’t buy the book for this section alone. The rules does not magically fix the imbalance inherent in the game.

Additional Rules and Resources in Tome of Champions 2020

There’s nothing new and interesting in this section, but it’s nice to see that the Tome of Champion is made to replace the one from the previous year as a sort of handbook with everything you need for playing the game in the current year, and hopefully that will be how it works for the next couple of years. But it also means that your Tome of Champions 2019 is not really worth anything anymore.

The Open and Narrative Play sections of Tome of Champions 2020 are full of stuff that makes the game better. The Soroth Kor campaign, the co-op challenge battles and the Pit Fights are all content that I can’t wait to try out when it’s possible to play games again in my part of the world, and I think it shows that a lot of creativity and effort is still being poured into the development of Warcry as a fun, narrative-focused but rather unbalanced Conan the Barbarian simulator. It’s great that the game is not tweaking its rules too much or trying to be the next great competitive game, but rather it’s leaning into its own chaotic nature and finding new ways to create cool stories.

The Matched Play content is just fine, and it would be silly to stop including it in a “Three Ways to Play” GW game, but I hope one day the developers figure out a way to infuse that part of the game with as much creativity and playfulness as the other two ways to play. Until then, narrative Warcry is in the best place it’s ever been, and with so much content having been released in the new battletomes as well, I hope Warcry will have a really strong year in 2021 – it has all the content necessary for that to happen!

Order your own Tome of Champions 2020 today

Other reviews of Tome of Champions 2020 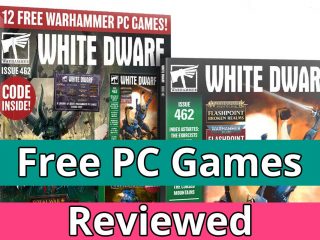 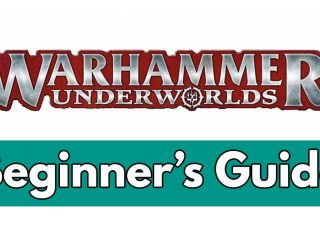