Age of Sigmar Armies Guide: a Faction and Race Overview 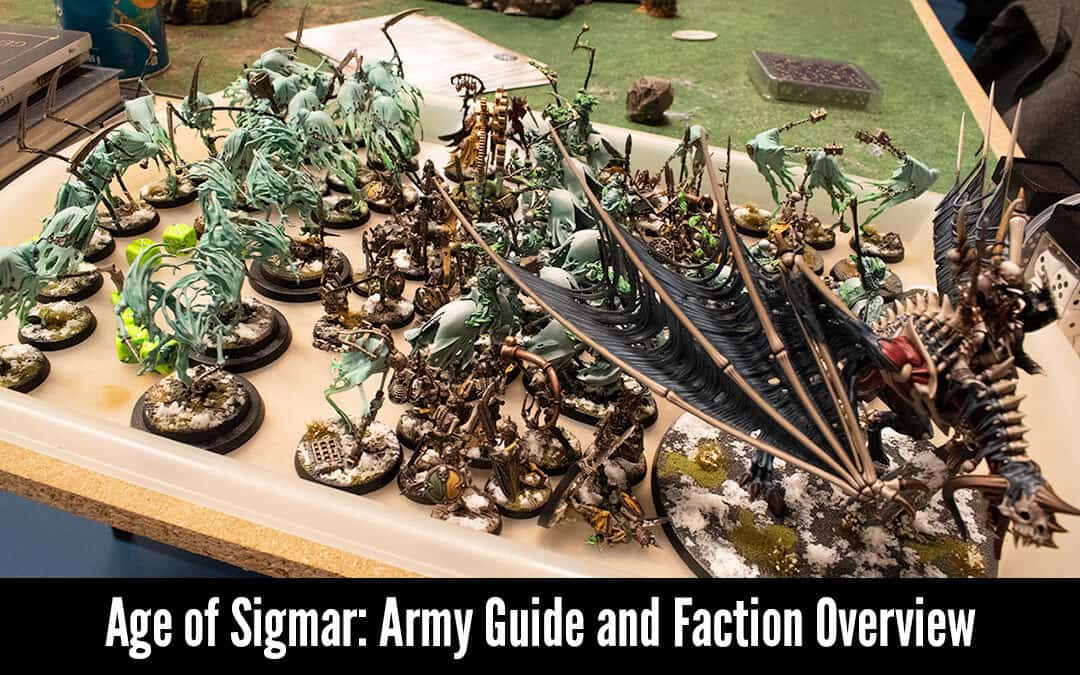 As a new player, it can be insanely hard to figure out how the armies in Age of Sigmar are comprised. Can I take I take Stormcasts in my Idoneth Deepkin army? Why are the Aelves and Duardin split in so many multiple sub-factions? Is legions of Nagash and Nighthaunt to different things?

If you are a new player, you might be a bit confused as to what the army/faction/race system is for Age of Sigmar. If so, I suggest you read on below where I explain it a bit, before you go to the Grand Alliance guides

A note on the links used on this page (affiliate Links)

The links used on this page can be affiliate links.

You can read more about affiliate links and the web stores I recommend here.

Table of contents for this article

What armies, races or factions are there in Age of Sigmar?

The factions and armies in Age of Sigmar are:

Each Grand Alliance is made up of several factions. A faction could be Skaven (Chaos), Nighthaunt (Death), Gloomspite Gitz (Destruction) or Stormcast Eternals (Order). You could also call the factions the “armies” or “races” of Age of Sigmar, but they are most commonly referred to factions or sub-factions.

A faction will normally have a rulebook called a “Battletome”, giving them special abilities when you take only units from that faction. As a rule of thumb, I would shy away from starting an army that does not have a Battletome. There is a chance that the faction could be merged (or discontinued if you are really unlucky). The fact that at battletome has been released for a faction means that the faction will likely be supported in the future (not to mention the factions with special rules are more fun and perform better).

Within a faction, there can be several “Sub-factions”. In the  Battletome: Gloomspite Gits you have Moonclan Grots (Nightgoblins), Spiderfang (Forrest goblins riding spiders) and the Throggs (Trolls). A lot of the small factions/races from Warhammer Fantasy have been merged in so-called “soup” battletomes.

Below I have created a list with each grand alliance and what factions have a battletome or not.

If you want to know more about how the special rules for each faction (called “Allegiance Abilities”) work or how you can take units from other factions into your army (Allies) you can read my guide on it here.

How do you select the perfect Age of Sigmar army?

But how do you pick the perfect army for your needs?

Reading my guide on selecting an army, before researching more info on factions, could prove to be a very good idea.

The Ironjawz and the Bonesplitterz have now been merged into one book, the Orruk Warclans. You can still play mono Ironjawz or mono Bonesplitters (each has separate allegiance abilities) but you can also play one big army with both factions in them.

But why no endless spells or terrain? The small number of different models could really have used some support with those nifty AoS 2.0 thingymabobs, but sadly no. It seems like that some of the AoS 2.0 updates simply do not include this. Oh well…

Now that you have all Ogors in one book, they are definitely a better option than they were before. You have terrain feature, but weirdly no endless spell specific to the faction.

The Start Collecting box for Beastclaw Raiders is a pretty solid purchase.

The Gloomspite Gitz released in early 2019 and consists mainly of new grot models. The battletome combined multiple small grot elements and jammed them together into a massive tome of gribly goodness.

In the book you have 3 subfactions:

The Gitz are AoS 2.0 fully certified, the amount of different models is staggering and they are quite good on the tabletop.

Read my full rundown on the gitz here. 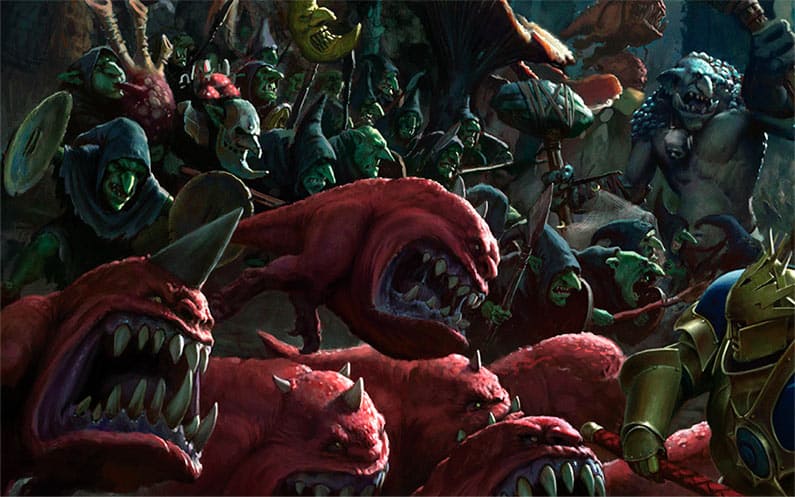 Updated in 2019. Now with a battletome, new models, terrain feature, endless spells and a box set in the “Wrath and Rapture” game.

Battletome was released in early 2019. The Clan Pestilens Battletome is outdated.

A few new models have been added in Age of Sigmar, but mainly this is the Skaven army of old.

Updated with new battletome in 2019. They also got a few new models, Endless “Prayers” as well as faction terrain. You can also get the box set “Wrath and Rapture” with some cheaper Khorne models in it.

Battletome was released in late 2018 and gathered all of the different subfactions within one faction.

A few new models have been added in Age of Sigmar, but this is mainly the old Beastmen army.

The  book is from 2018. Some new models but also old ones. No endless spells.

A 2017 battletome and it is still pretty damn good. Keep in mind that there is a lot of errata and FAQ for the book, so if you do not like that kind of stuff it might be best to stay away.

Is quite likely to get an update at some point (only one of the major Chaos Gods to not have an AoS 2.0 updated battletome).

The Everchosen battletome from 2015 is horribly outdated and it is one of the battletomes I get the most question about. Put simply, the rules align very poorly with all of the new Chaos Battletomes.

If I was starting out, I would completely avoid this army until we see an update.

An updated Battletome was released in early 2019. The older Battletome is outdated.

Models mainly from the old world, but new endless spells and a terrain piece.

Quite good on the tabletop and very cool lore and story.

Released with AoS 2.0 in the summer of 2018, the N got a ton of love in the form of new miniatures, endless spell, terrain piece and all the works. You can also get them in the Starter sets.

The battletome for Legions of Nagash was released in 2018. It was the first book to really gather several smaller (and big) factions within one big book. Basically, all undead miniatures can be played in a Legions of Nagash army.

There are four major factions within the book:

LoN has some great options, but also quite a lot of dated models and a few very poor options in terms of power. Only a few builds are truly competitive.

Nagash will soon be getting some new toys in the form of the Ossiarch Bonereapers.

The GW facebook did say they will be available to preorder some time in October 2019.

You can check out the previews for the army here. 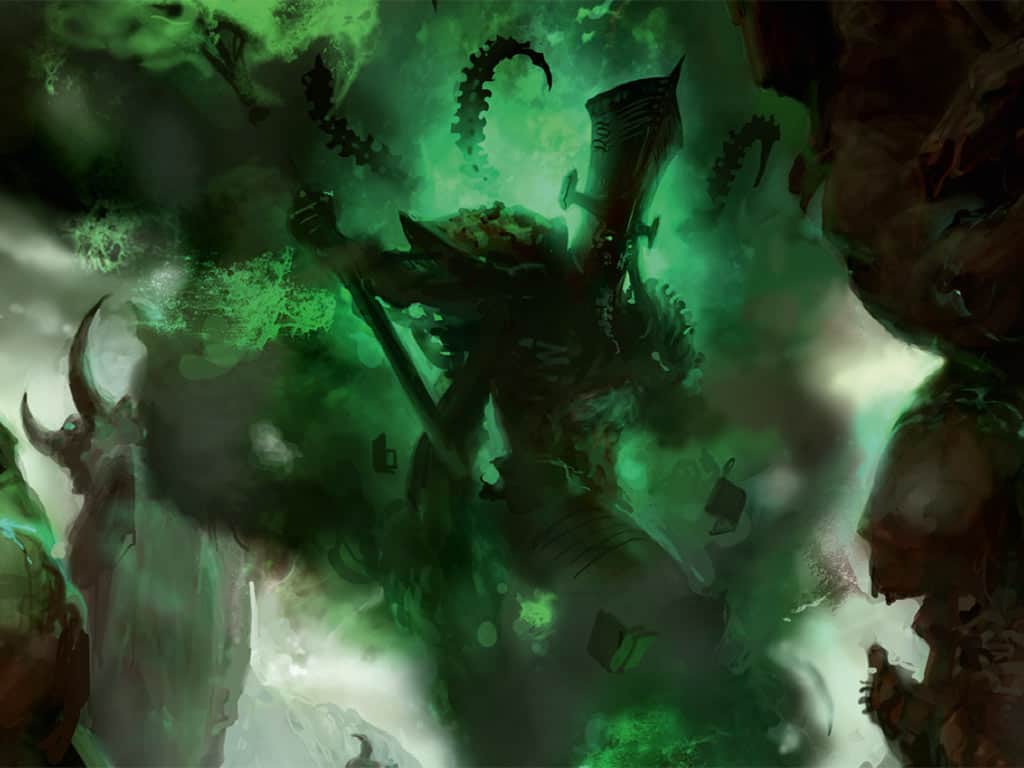 Updated battletome was released with AoS 2.0 in the summer of 2018. The older Stormcast books are outdated (including the Stormcast Extremis).

The Stormcast Eternals are comprised of different chambers:

The poster-boys of Sigmar is always a safe choice to pick as an army. Massive amounts of new models, very likely to get more and many ways of getting cheap models (Starter sets, Vanguard Start collect and Thunderstrike start collect)

Battletome and army were released in 2018. Completely new Age of Sigmar army with completely new models makes this an excellent buy.

The battletome released in 2018. It united some of the Dark Elves factions of old and added some new models on top. The army is quite competitive right now, but the number of different models in the army is quite low.

Released in 2017, the Kharadron was the first completely new Age of Sigmar army.

There are no subfactions within the book and it is sadly, not that competitive. The rules are also a bit all over the place (you need to really know what you doing in order to get the most out of the army). An update could really make them shine, as they have what it takes to become a really amazing army in terms models and lore.

The Sylvaneth have an old Battletome from 2016 and a new one for 2019. With the updated battletome they got terrain feature (that they sort of also had before) and endless spells. The models are good and varied and it seems like they are okay from a competitive side.

The Fyreslayers have been updated in 2019 with a new battletome, endless spells and terrain feature. Not a lot of different models, but it seems like they are quite good on the tabletop atm.

The Lizardmen of old holds up surprisingly well, in spite of their 2015 (!) battletome. They only have miniatures released before AoS, but most are still looking good and they have a surprising amount of options. That said, they are starting to show their age. My suggestion would be to hold off on the lizard boys and wait for an update.

The long-awaited “soup” battletome have united the last remaining order factions into the Cities of Sigmar.

The battletome has a TON of different options, but sadly no new models.

You do get two different for start collecting boxes, one with Duardin and one with Aelves.

Overview of Factions without a Battletome

This is interesting, but after a crazy 2019 we actually have not more factions without a battletome (at least, all models not squatted and removed are now part of a battletome).

GW used 2019 for pumping out battletomes. They actually succeded in their mission, making all models part of one battletome (and removing quite a few models in the process).

Remember that Old World article? The last sentence is a big clue for what is coming. It reads:

“There are some HUGE (some might say giant) plans for the Mortal Realms… More news soon. For now, we have to keep it hysh-hysh.”

In need of a Start Collecting Box or a Starter Set?

If you want to start a new army, a good way of getting a discount is buying a Starter set or going with the Start Collecting box for your faction.

Luckily for you, we have written extensively about the different options. 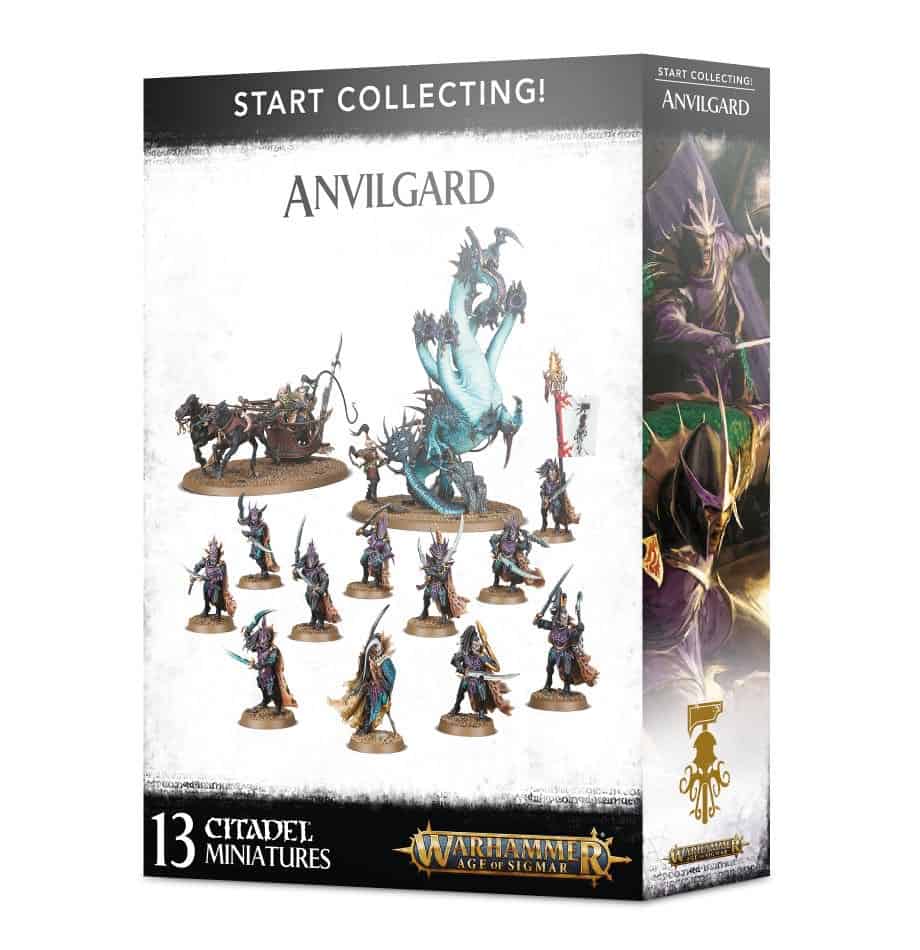 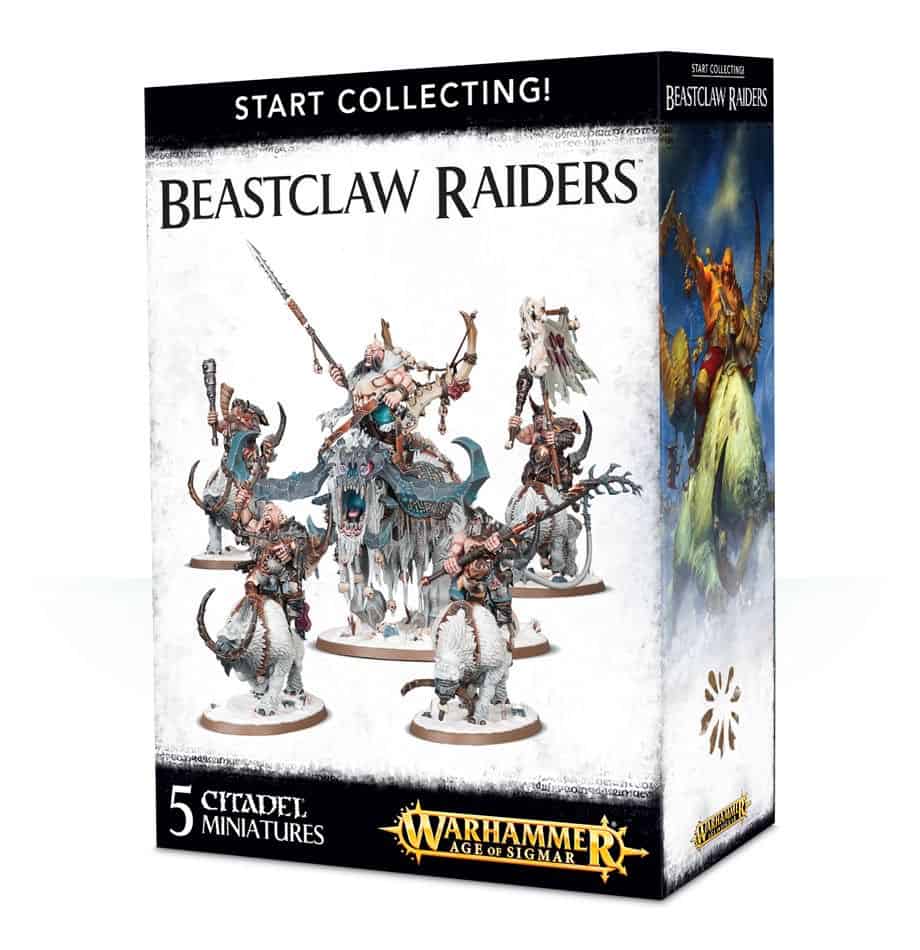 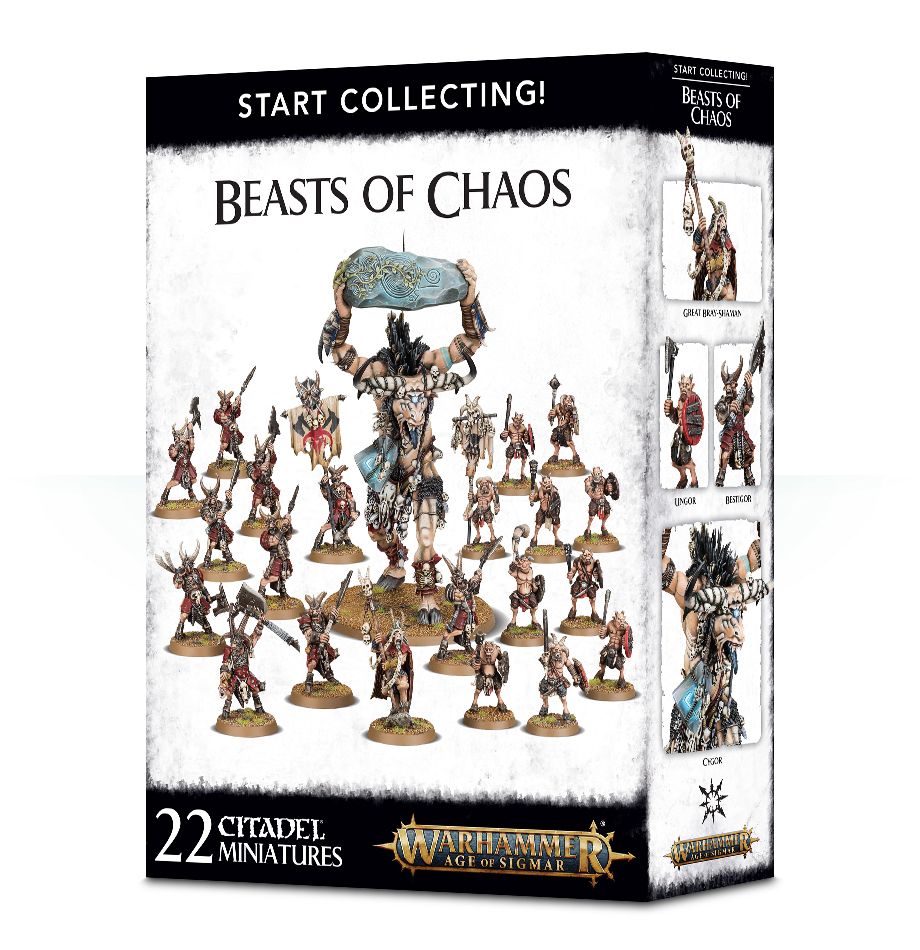 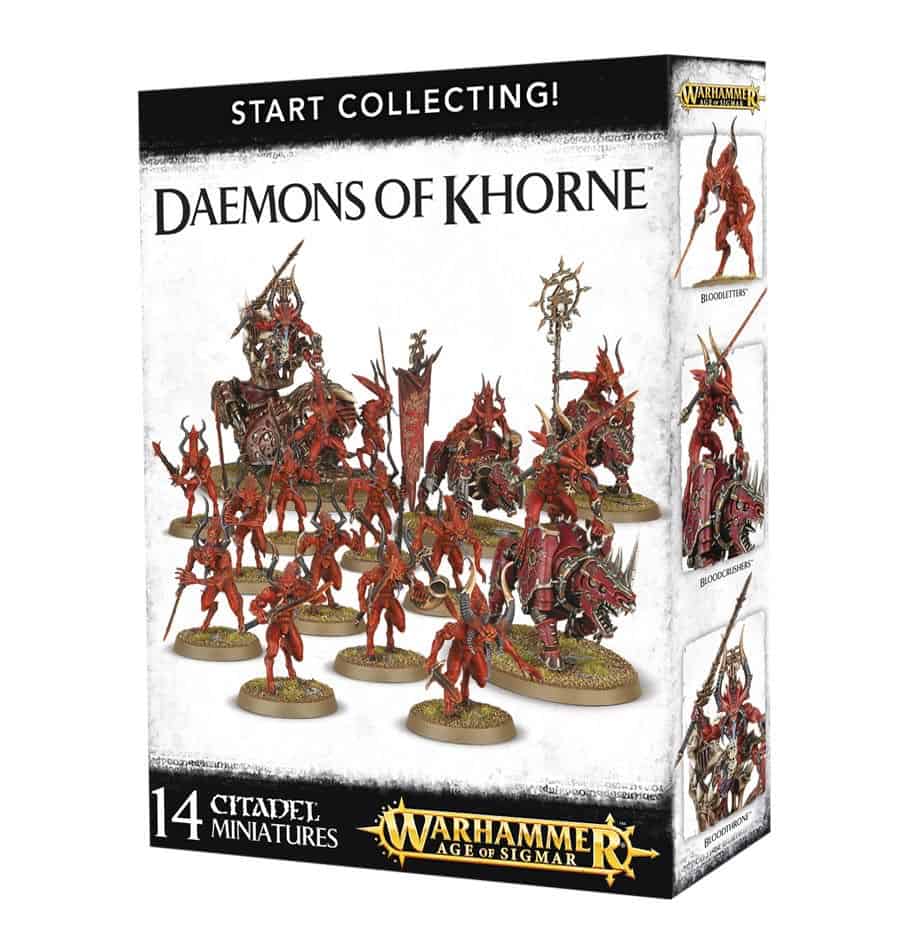 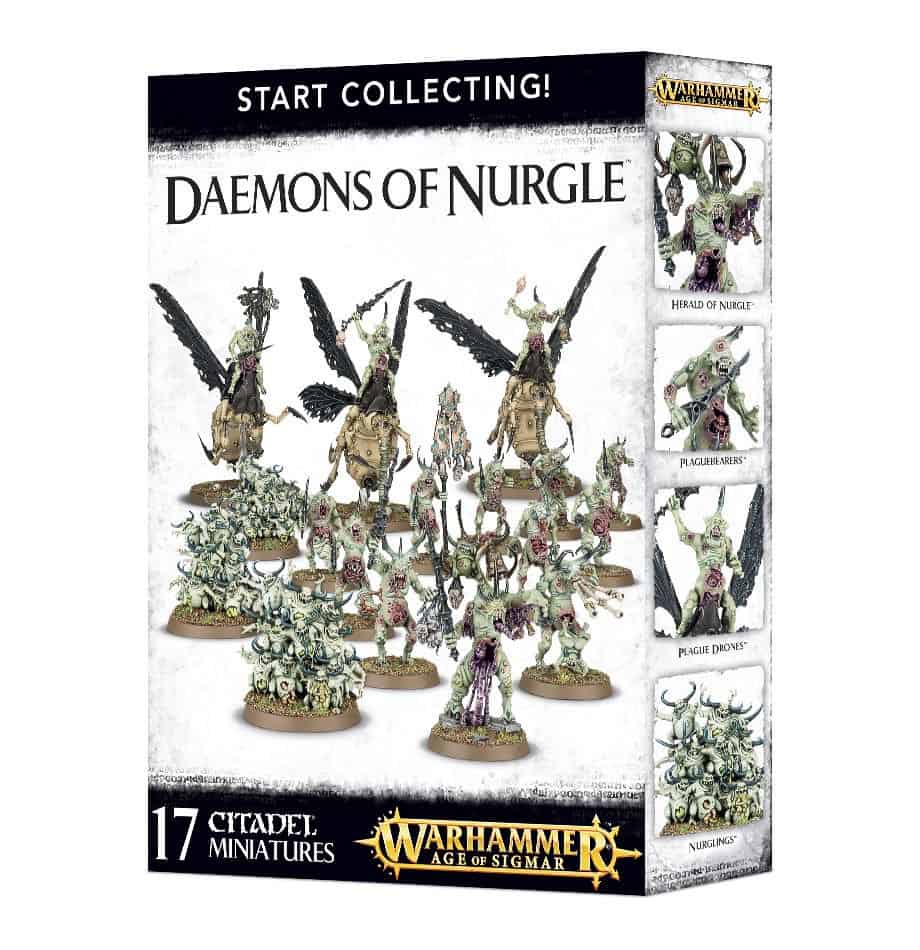 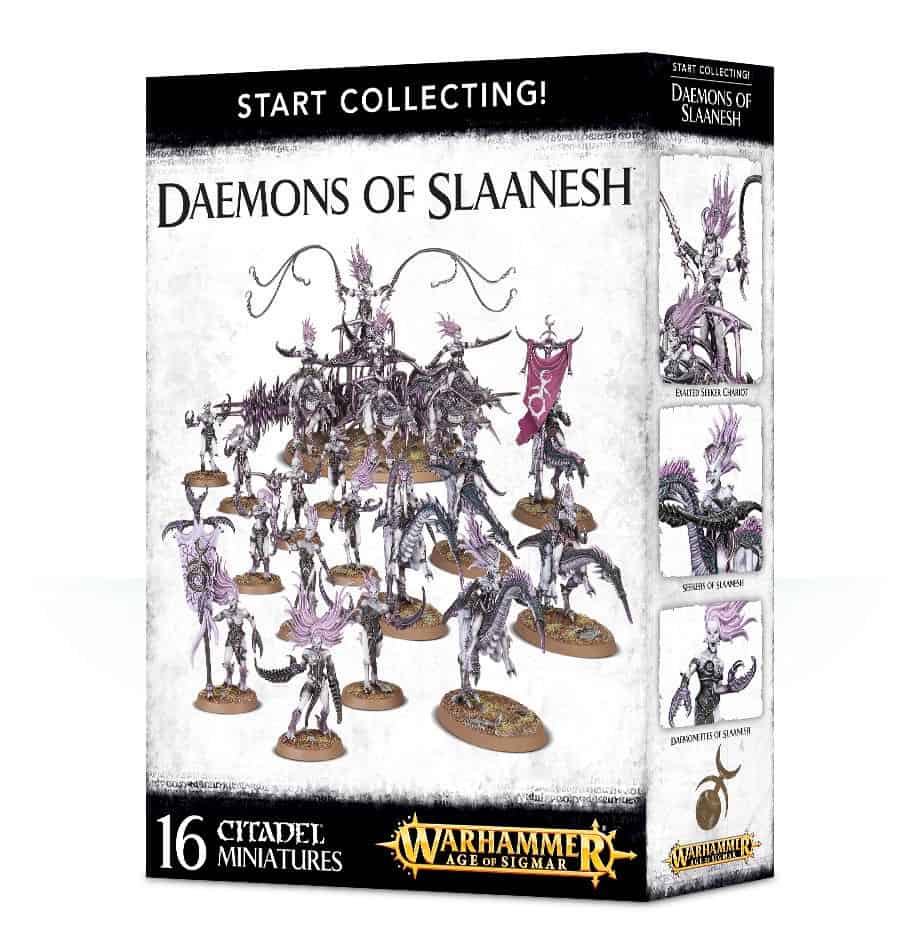 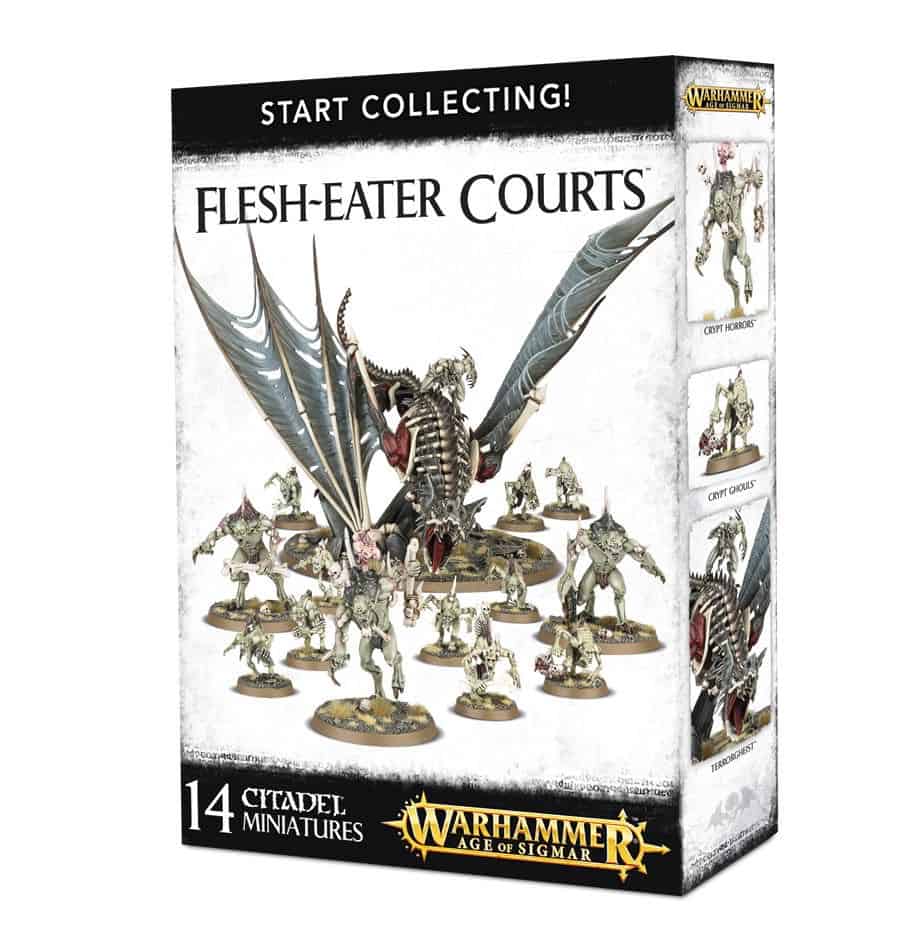 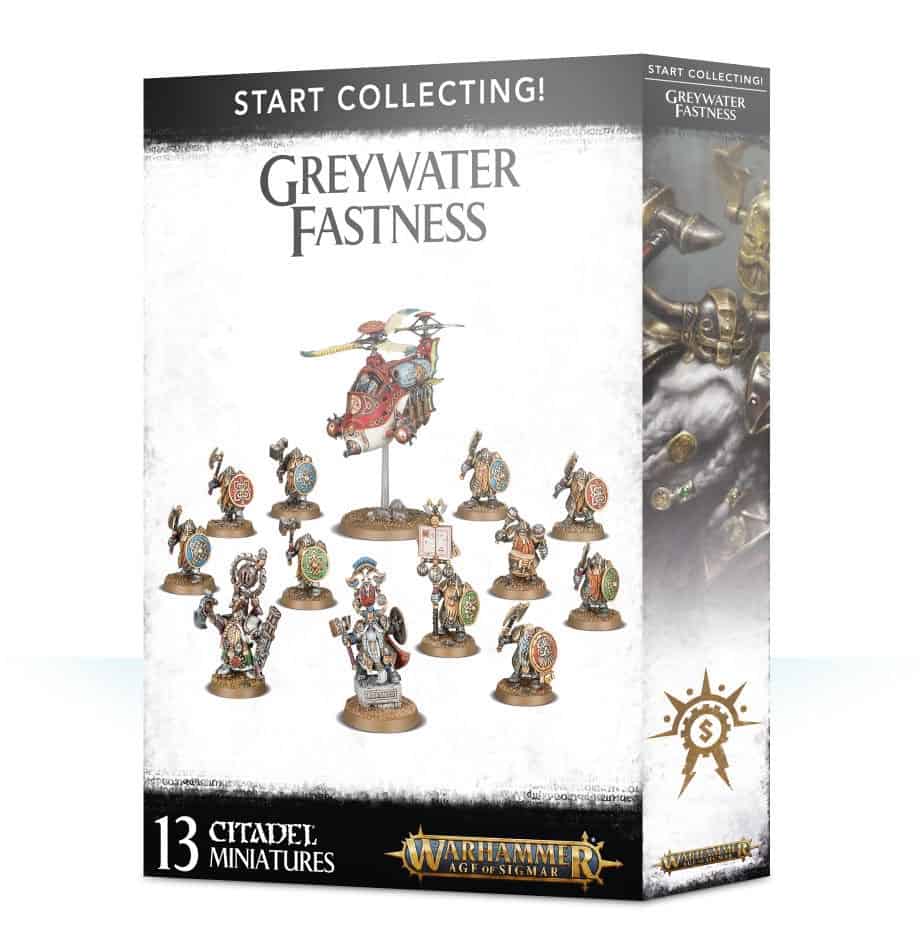 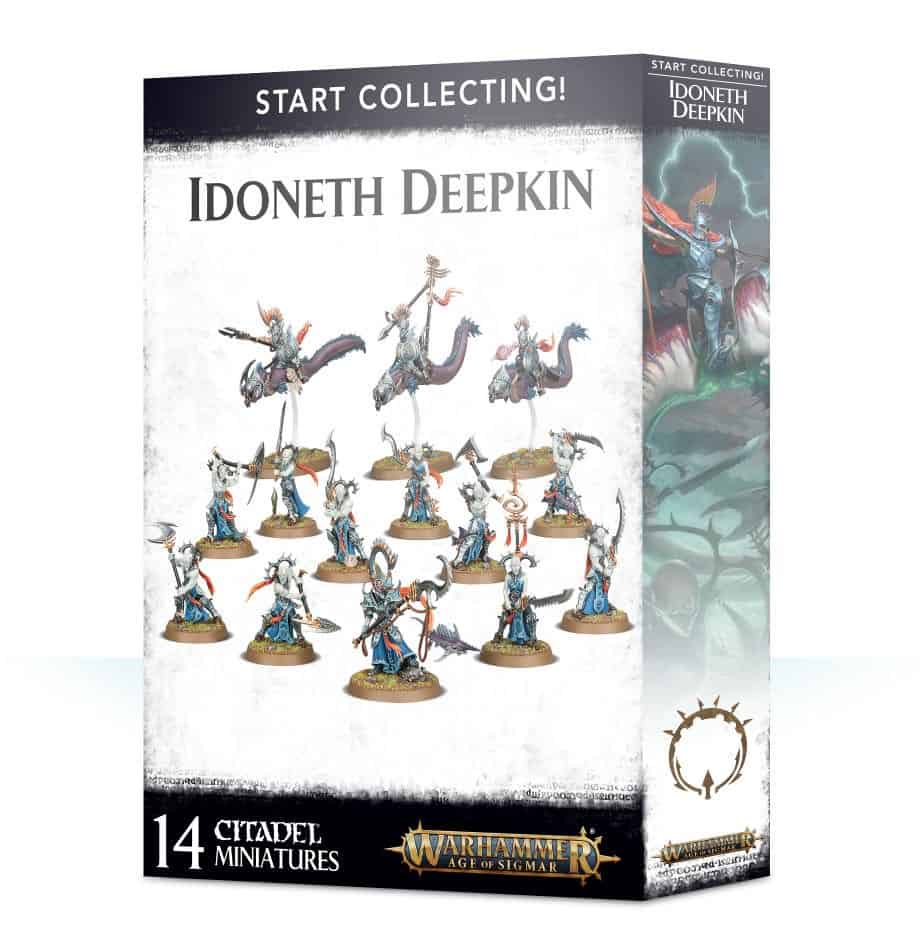 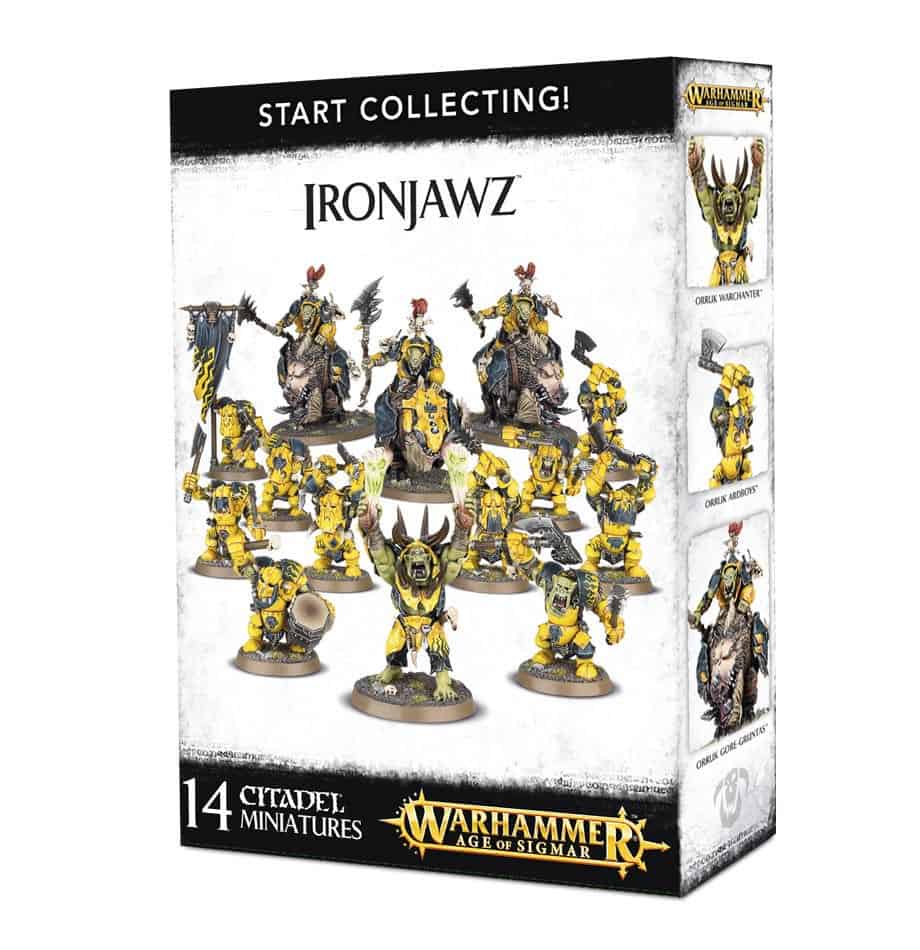 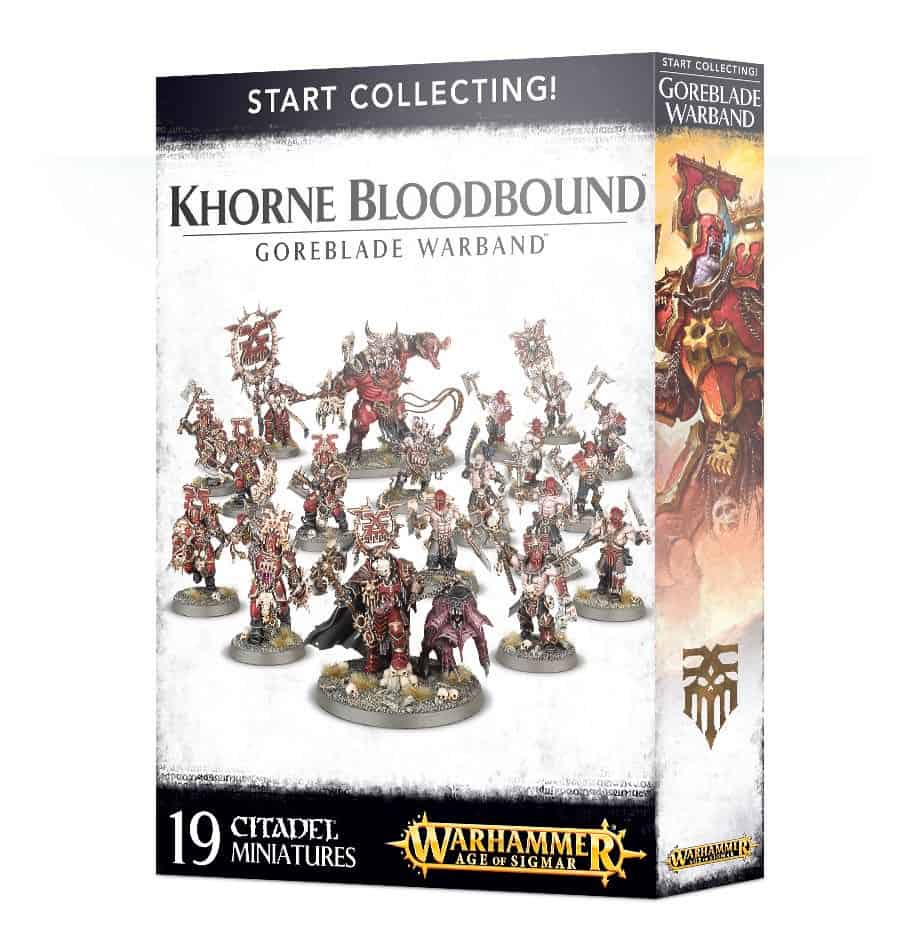 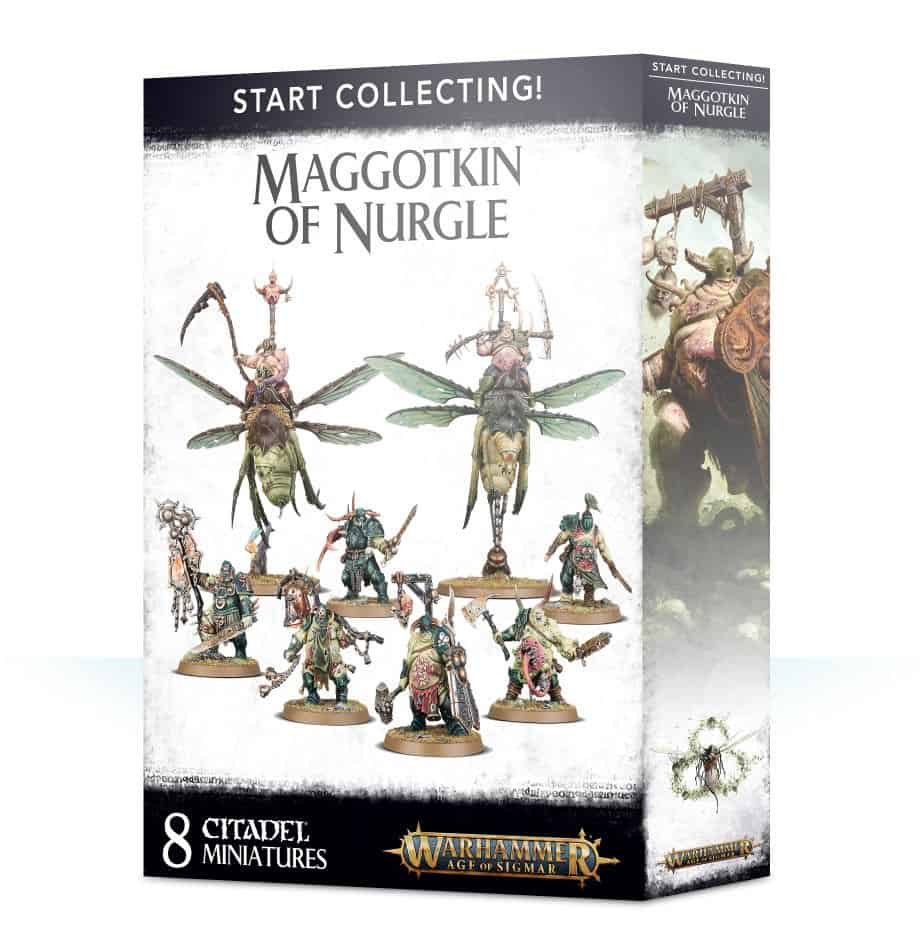 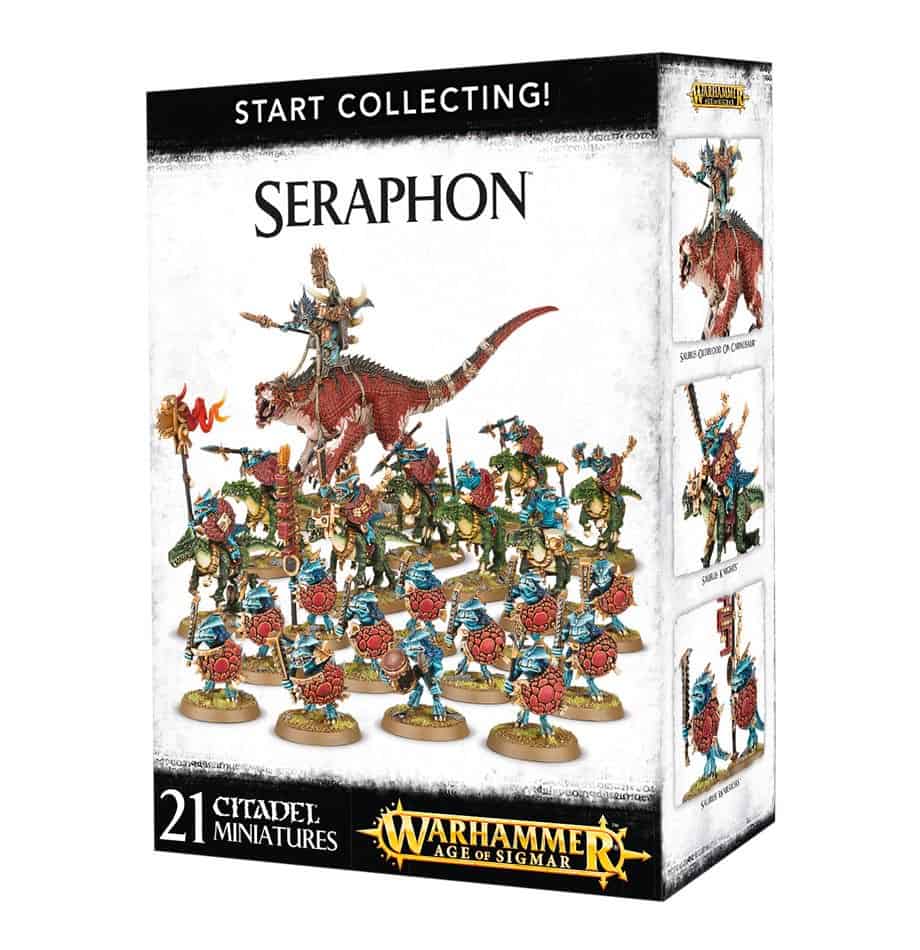 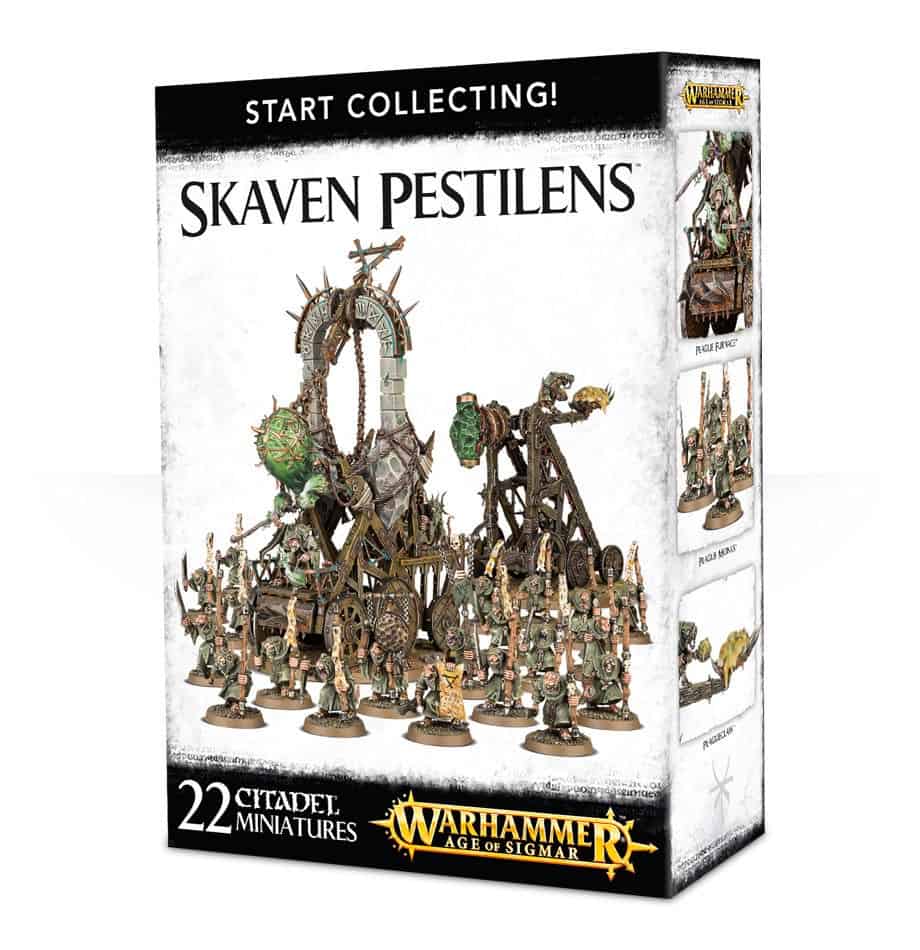 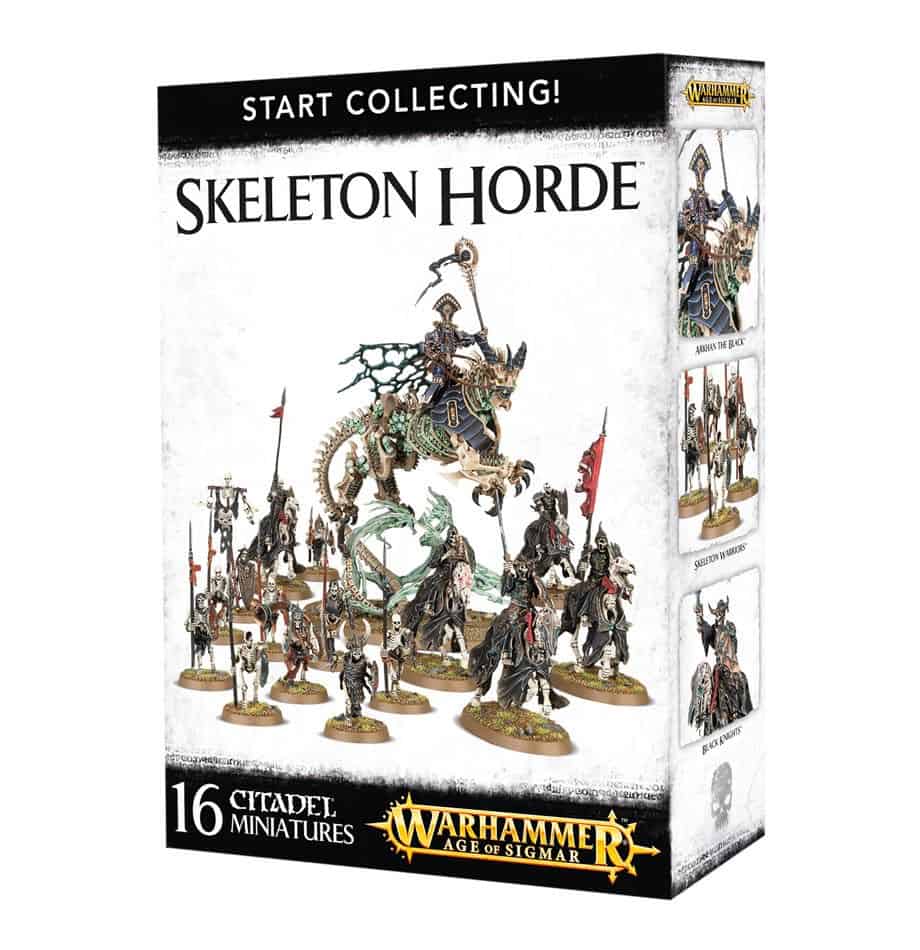 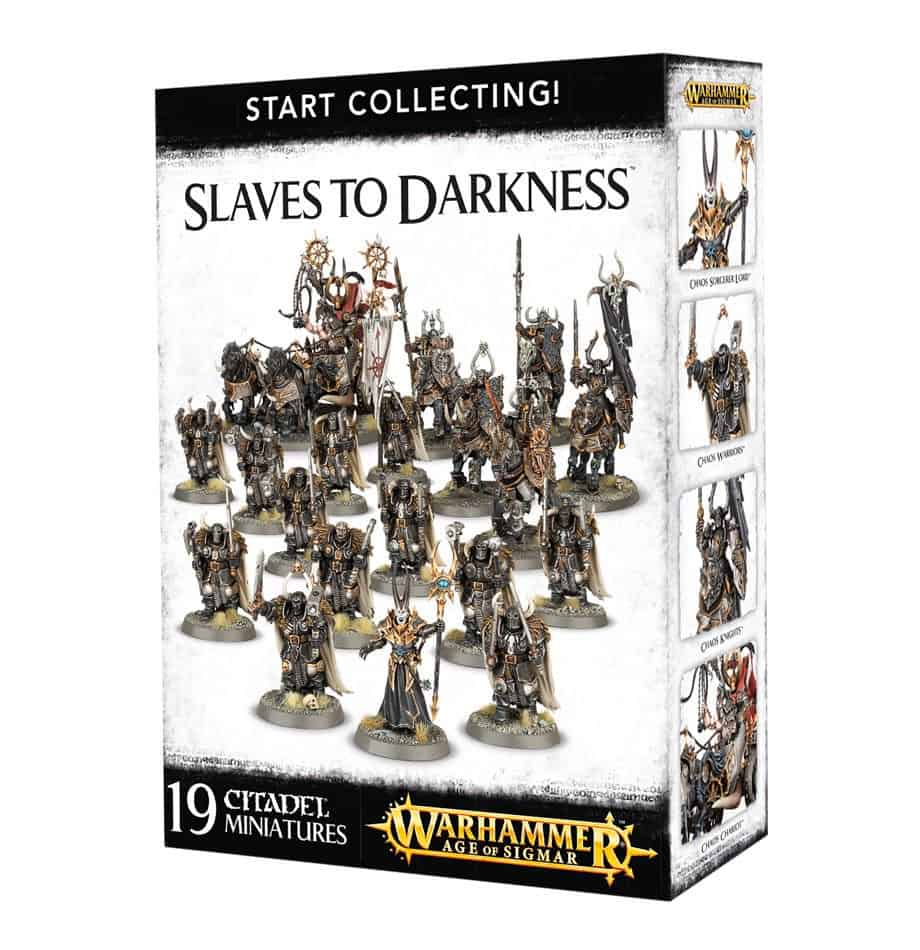 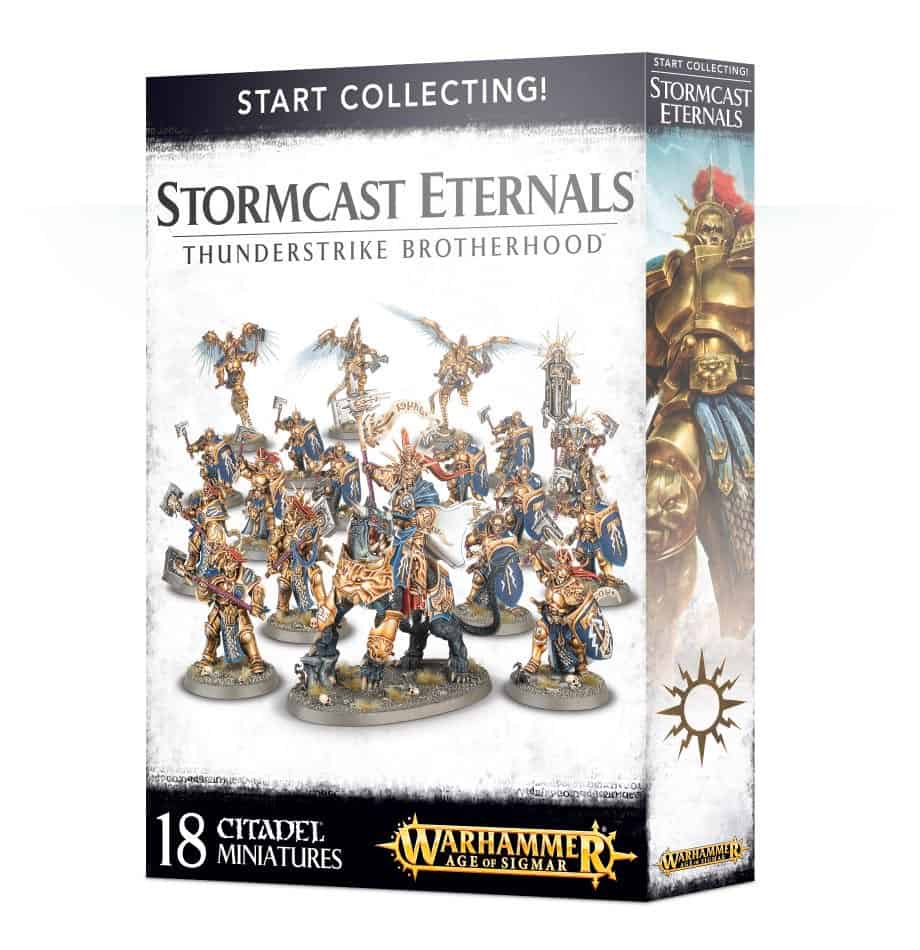 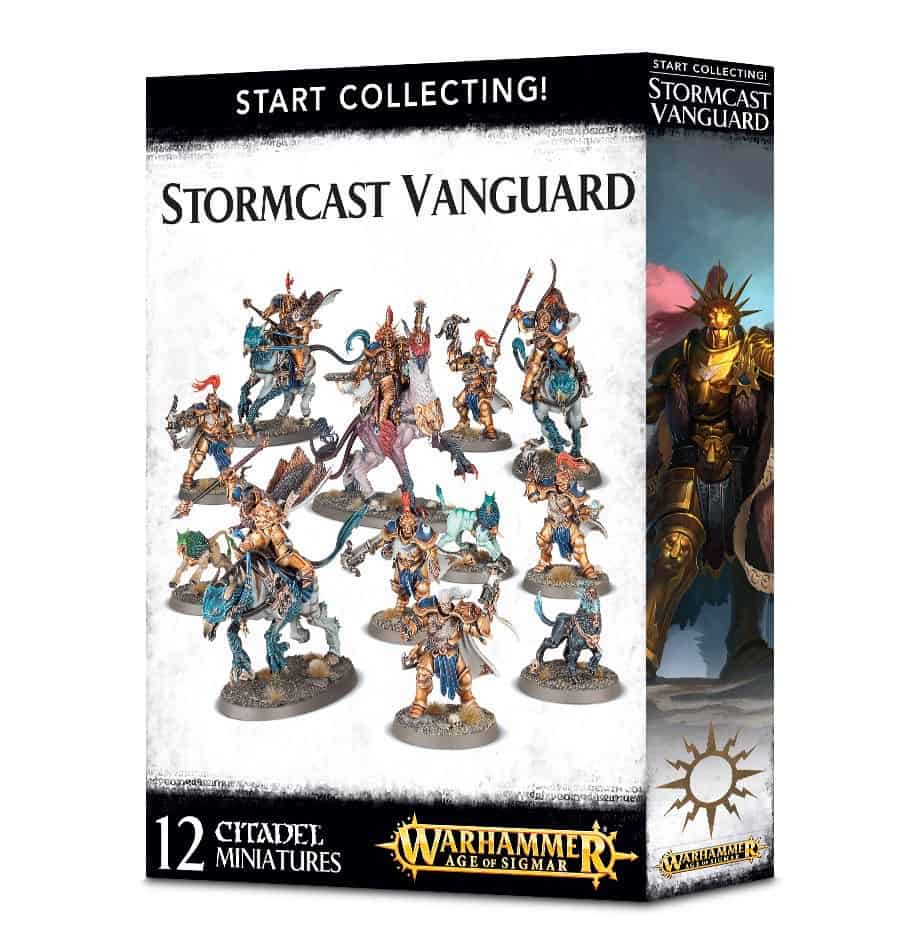 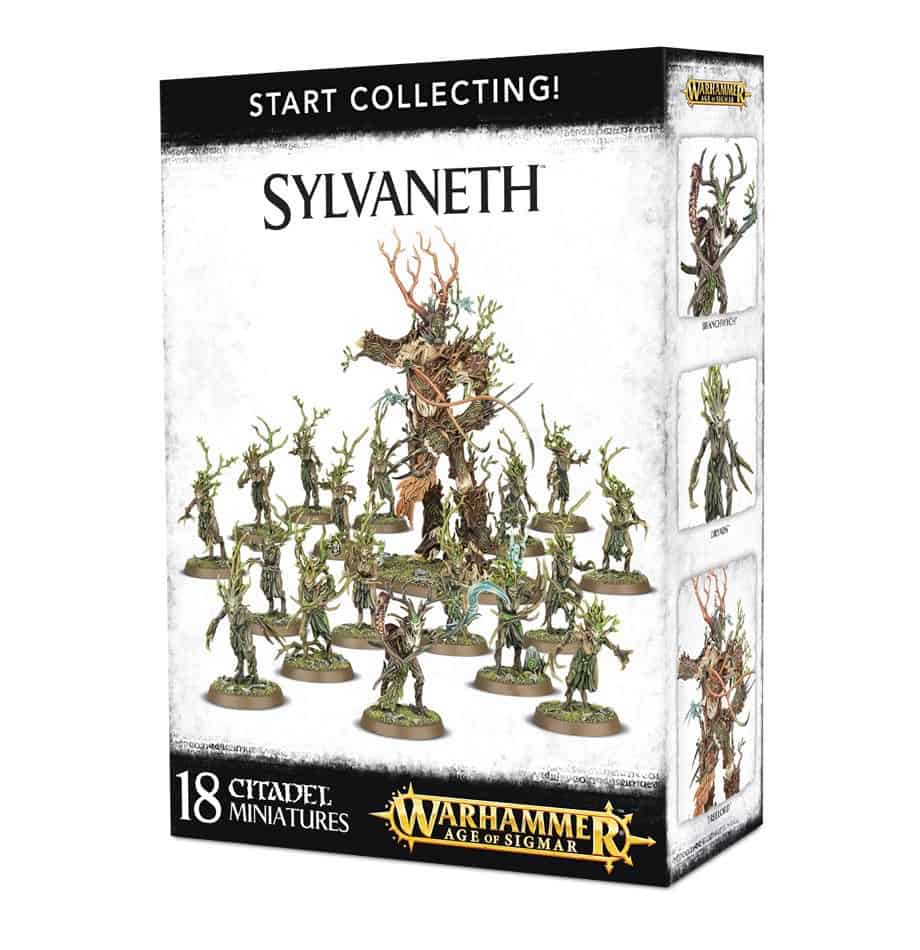 Thanks for taking the time to read. I hope this army resource was useful. Please share with friends that might enjoy it as well. Leave a comment below with suggestions or just a simple thank you.